Aalayah shared her story during the first hearing on gun violence prevention in eight years.

Aalayah Eastmond is currently a senior at Marjory Stoneman Douglas High School in Parkland, Florida. She was in class on February 14, 2018 when a gunman opened fire and killed 17 people. Since then, she has become a pivotal figure in the youth movement to end gun violence. She has worked with Brady and serves in an executive leadership position on Team ENOUGH. On February 6, Aalayah testified before the House Judiciary Committee to advocate for the Bipartisan Background Checks Act of 2019 (H.R. 8) and brought a crucial perspective as a survivor of the Parkland shooting and a young Black woman.

Aalayah has used her platform to call attention to the disproportionate impact of gun violence in minority communities. She urged Congress to take measures that would stop the supply of crime guns, which would significantly curb the everyday gun violence experienced by many communities of color. She also, however, emphasized that sensible gun legislation is an issue for every American, regardless of race, geography, political party, and social class.

In her testimony, Aalayah explained that passing legislation to expand Brady Background Checks is a common-sense decision; the original Brady Bill passed with sweeping bipartisan support and so should this law.

“Today in America, anyone can go on the internet, answer an ad, or go to a gun show and buy a gun with no background check required. This makes absolutely no sense.” 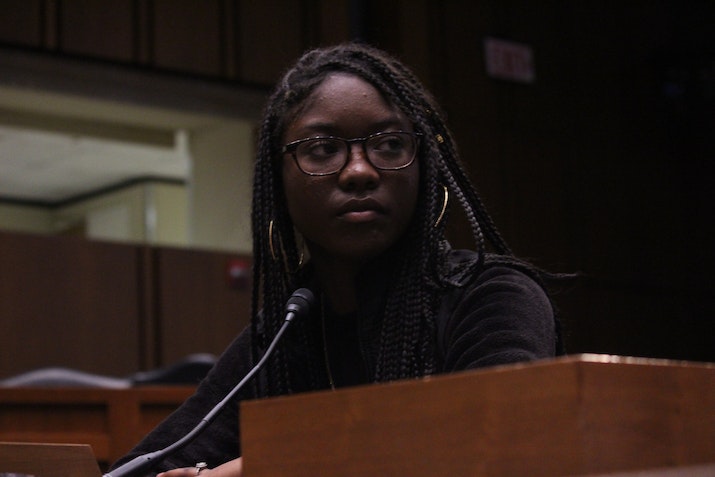 Other legislative priorities were also part of Aalayah’s focus. She spoke out against the Protection in Lawful Commerce at Arms Act (PLCAA), which shields irresponsible gun dealers from consequences when they supply crime guns. That act has blocked critical transparency requirements that would hold dealers accountable for dangerous business practices, and worsened the gun violence epidemic in urban areas with high minority populations. She also advocated for Extreme Risk laws that would protect people in crisis from harming themselves or others. Aalayah spoke as someone who has directly experienced the horror that weapons of war can inflict on innocent people.

“Assault weapons and high-capacity ammunition magazines belong on the battlefield, not in our communities.”

Another issue Aalayah raised was the deadly “Charleston loophole,” which allows dealers to sell guns to any buyer if the required background check is not completed within three days. That loophole made it possible for the Charleston shooter to acquire the gun he used to murder nine worshipers at a historically Black church. Aalayah emphasized that background checks should be required no matter how long they take, because they keep innocent lives from being lost.

Are you a young person passionate about ending gun violence? Join Team ENOUGH.

Above all, Aalayah conveyed the importance of the younger generation in the gun violence prevention movement. School shootings, like all gun violence, are a national crisis that Congress has not solved, and she expressed the need for our lawmakers to listen to public opinion — especially the voices of our nation’s young people. 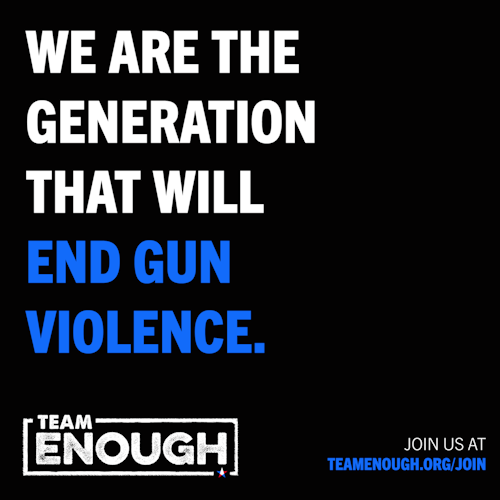 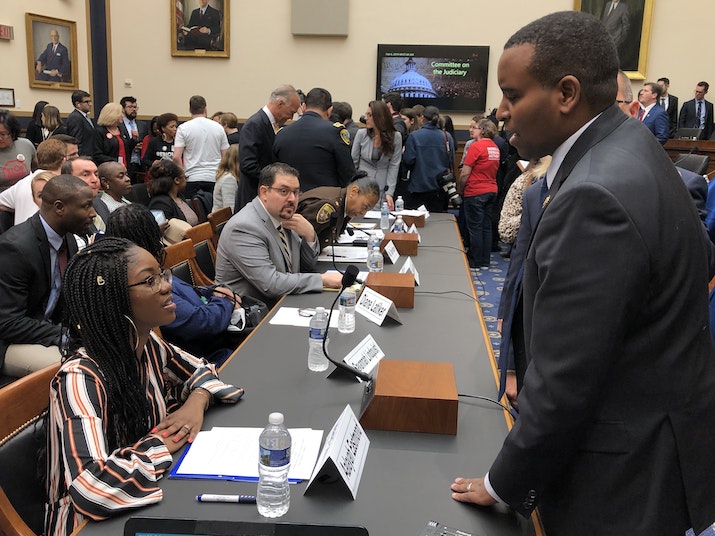