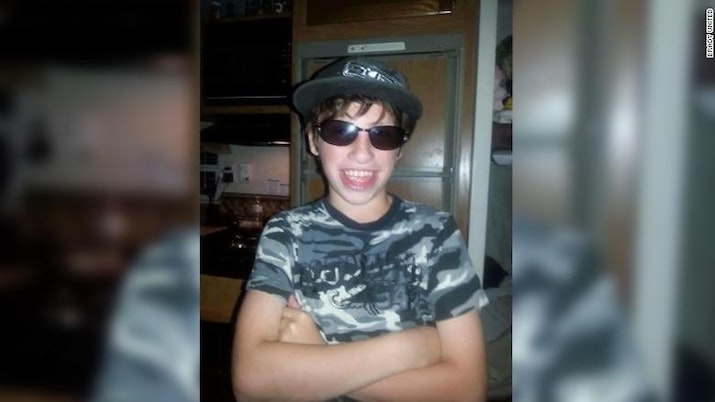 Thirteen year-old J.R. Gustafson was killed in 2016 when his 14-year-old friend unintentionally shot him. Brady Legal has been fighting for justice in our case, Gustafson v. Springfield Armory, but a federal law protects the gun industry from being held liable. Yesterday, a court ruled in our lawsuit: J.R's family — and victims of gun violence like them — can have their day in court.

Washington, D.C., September 28, 2020 - Brady applauds the decision of the Superior Court of Pennsylvania holding that the federal gun industry protection law, the Protection of the Lawful Commerce in Arms Act (“PLCAA”) is unconstitutional in its entirety, the first appeals court to do so. The ruling is a major victory in the effort to hold the gun industry accountable for its role in driving America’s gun violence epidemic and a harbinger for the importance of a judicial branch that balances interests of public safety with rights to gun ownership.

“This is a win for the parents of J.R. Gustafson and other victims of gun industry negligence and misconduct, who will now have their day in court. In finding that PLCAA is unconstitutional in its entirety, the Superior Court of Pennsylvania properly recognizes that states have the authority to hold negligent gun makers accountable in court, and to ensure that all victims have the right to seek civil justice against wrongdoers who cause them harm. As the court held, there is no right to ‘negligently or defectively manufacture or sell firearms or ammunition.’ Gun makers and sellers are no longer immune from the consequences of their unreasonable, irresponsible actions that lead to injury and death. We look forward to proving J.R.’s case in court.”

“This access-to-justice victory for gun violence victims shows why it matters who sits on our nation’s courts. As this Court recognized, the Constitution protects all of us, including innocent victims of both an out-of-control gun industry and a Congress with too many Members all-too-willing to value gun industry profits over American lives. Our nation’s laws should be designed to ensure our most basic freedoms, including the right to safety and to live, are protected. This decision rightly held that PLCAA is ‘repugnant to the Constitution’ and without 'the force or effect of law.' This historic victory takes us a giant stride closer to ensuring that victims of gun violence can hold the companies that profit from the pain of the American people accountable.”3

On March 20, 2016 in Mount Pleasant, a town outside of Pittsburgh, J.R. Gustafson died in an unintentional shooting by a boy who mistakenly believed the gun was unloaded when the magazine was removed. Gun manufacturer Springfield Armory made and local gun store Saloom sold the gun, which lacked several obvious safety features that resulted in J.R.’s death.

On March 19, 2018, Brady and Pittsburgh firm Carlson Lynch, on behalf of J.R Gustafson’s parents, sued the gun maker and the gun store, alleging that the boy’s death could have been prevented had the defective gun included several safety features, including a magazine disconnect and an internal lock or a loaded chamber indicator.

On January 15, 2019, a trial judge in Westmoreland County ruled that PLCAA provides the gun industry with immunity, and dismissed the suit. The Superior Court of Pennsylvania reversed that decision and remanded the case to the trial court.