76: The Fight for D.C. Statehood and Gun Violence Prevention 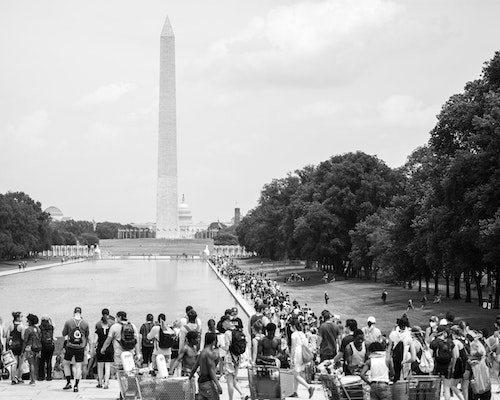 Photo by Koshu Kunii on Unsplash

Washington, DC, the nation’s capital, continues to have serious difficulty reducing gun violence, with the city suffering in 2019 its highest number of homicides since 2008. The majority of those 166 murders were shootings, and this year the District is on track to be just as deadly, with the majority of the victims expected to be Black men. The severity of these statistics is bad enough, but even worse is how DC residents’ lack of congressional representation makes it difficult, if not impossible, to directly address the causes of this violence.

To talk about the fight for DC statehood, the people leading the charge, and what the capital becoming the 51st state would mean for gun violence prevention, host JJ is joined by activists Ty Hobson Powell, organizer with 51 for 51, and Aalayah Eastmond, Executive Council member of Team Enough and a Concerned Citizens organizer, as well as Christian Heyne, Vice President of Policy at Brady. Together, the four discuss how gun violence affects DC communities, families, and lives, and how making the city a state would give its residents a voice in Congress with which to speak out in favor of the common sense gun legislation they so desperately need.