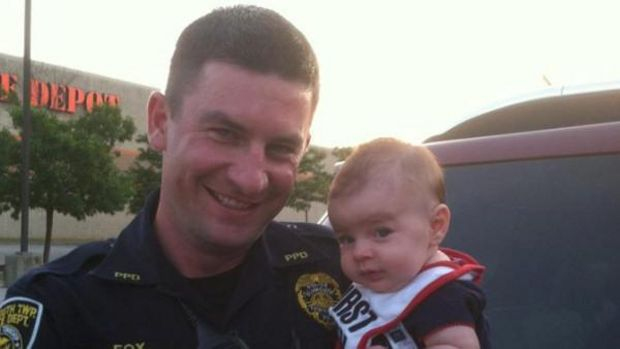 Between April and July 2012, 31-year-old Michael Henry purchased six guns at In Site Firearms in Montgomery County, Pennsylvania. Henry was straw purchasing the weapons for felon Andrew Thomas, who couldn’t pass a Brady Background Check due to a felony conviction.

On September 13, 2012, Plymouth Township Police Officer Bradley Fox was shot and killed by Thomas after pursuing him following a hit-and-run car accident. Thomas ambushed Officer Fox on a recreational path and fired four shots, fatally injuring Fox and wounding his K-9 partner before turning the gun on himself.

Officer Fox was a U.S. Marine who had survived two tours of duty in Iraq. Fox had a young daughter, and his wife, Lynsay Fox, was six-months pregnant with their second child. Fox’s murder and the illegal straw purchase that enabled it helped lead to the Pennsylvania state legislature’s passage of the Brad Fox Law, which established mandatory minimum sentences for repeat straw purchasers. In August 2013, Michael Henry was sentenced to 20 to 66 years in prison for straw purchasing a total of nine guns for Andrew Thomas. 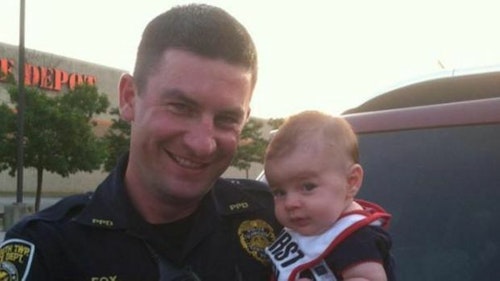 For years, Brady’s legal team has been fighting to secure justice for Officer Fox’s family. Brady Legal and the Dechert law firm filed suit against In Site Firearms on behalf of Officer Fox's family on September 8, 2014. Our lawsuit alleged that each time Henry made a purchase at In Site, Thomas provided him with cash, waited for him to complete the purchase, and then took possession of the gun in the store's open-air parking lot.

The suit argued that this pattern and other factors should have clearly indicated to In Site that Henry was a straw purchaser. The defendants filed preliminary objections to the complaint, akin to a motion to dismiss, in late 2014, arguing that the case was barred the federal Protection of Lawful Commerce in Arms Act (PLCAA). At oral argument on May 18, 2015, the judge denied the defendants’ preliminary objections, allowing the case to proceed, but directed the plaintiffs to make some adjustments to the complaint. In February 2016, the court again overruled defendants' second attempt to dismiss the case. Once again on November 26, 2018, Brady and co-counsel won in trial court, defeating In Site’s Motion for Summary Judgement that again sought to dismiss the case as barred by PLCAA.

Following victories in the courtroom, a major settlement was reached with In Site Firearms in June of 2019. As part of the settlement In Site agreed to institute significant business reforms in order to prevent future straw sales. These reforms include utilizing a new sale system with greater emphasis on monitoring and regulating sales, revising the employee handbook, and requiring annual employee training. In Site has also agreed to place a picture Officer Fox in at least three locations in the store as well as on the company’s website, with language acknowledging its role in Officer Fox’s death.

With this settlement, Brady is proud to secure a small piece of justice for the Fox family. The victory is a major step in reforming the gun industry and keeping guns out of the hands of prohibited purchasers.