We Continue to Demand Justice for 13-Year-Old J.R. Gustafson 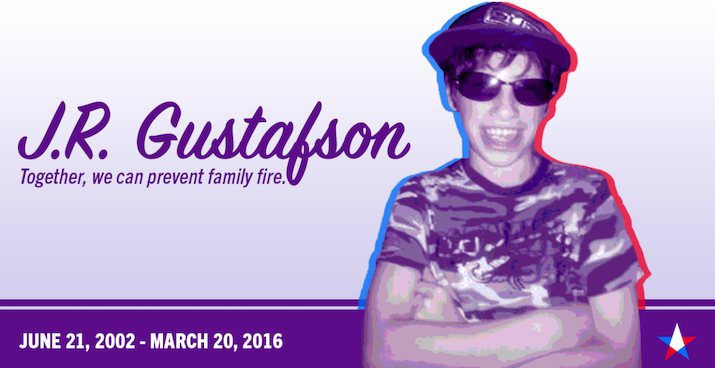 J.R. Gustafson and his family deserve the same right to justice as any other family in America. We’re returning to the courtroom to hold the gun maker and dealer accountable for their role in J.R.’s death.

This is 13-year-old J.R. Gustafson. March 20 marks five years since he was unintentionally shot and killed by another young boy who thought the gun was unloaded. The gun that was used to kill J.R. lacked a critical safety feature that could have prevented his death — which is, tragically, an all too common occurrence in America. 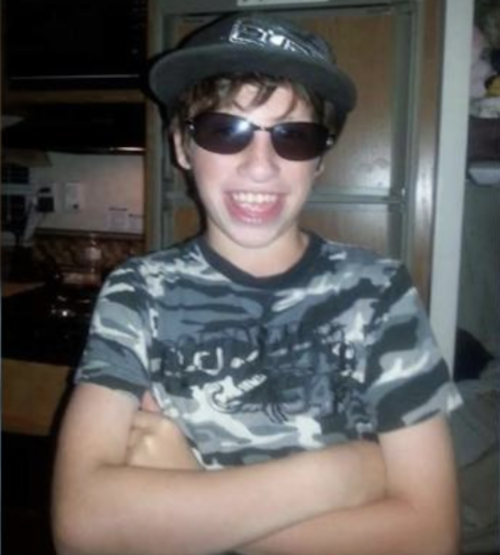 We worked with J.R.’s family and filed a lawsuit on his behalf. We’re arguing that the gun manufacturer, Springfield Armory, and the gun dealer should be held responsible for failing to include safety features that would have prevented J.R.’s death. Five years after the shooting, our fight for justice and accountability in the court continues.

So, why hasn’t J.R.’s case been resolved yet?

Three words: industry special protections. An unjust federal law called the Protection of Lawful Commerce in Arms Act (PLCAA) gives the gun industry special, unparalleled protection from civil liability — unlike any other industry in America. And PLCAA makes victims of gun industry negligence into second-class citizens, without the same rights to seek civil justice as other Americans. It didn’t matter if Pennsylvania law entitles J.R.’s family to seek justice against the gun company that failed to include the safety features that could have prevented his death: The trial court ruled that PLCAA required that their case be dismissed, denying them their day in court.

Last year, Brady Legal made history after a Pennsylvania appeals court reversed that decision, and struck down the harmful gun industry protection law as unconstitutional, even saying it was “repugnant to the Constitution of the United States.” We couldn’t agree more. The decision is now under full review by the appellate court and we are waiting for the argument to be scheduled.

Take A Deep Dive Into PLCAA

Listen to our podcast episode that explains PLCAA and the court's former decision to call it unconstitutional.

As we await a new court date, we know how much is on the line. Depending on if our victory holds and if other courts follow it, gun makers and sellers may no longer be specially protected in court. Victims and their families — like J.R’s parents — could finally have the same right to justice that every other American has!

Additionally, gun makers, like the one that made the gun that killed J.R., could be pushed to make business and manufacturing reforms — in this case, requiring firearm safety features — that will prevent tragedies and save lives. To little surprise, the gun lobby and their allies have filed briefs in opposition to our case, attempting to prevent J.R.’s family from proving their case in court. But we refuse to let them stop our fight for justice and accountability. Brady Legal has a long, successful history of taking on the gun industry on behalf of gun violence survivors and winning.

We’re returning to the court with a clear message: J.R. and his family deserve the same right to justice as the rest of the families in America. No one is above the law — and that includes the gun industry.

We’re determined to give J.R. and countless other victims and survivors of gun violence a path towards justice — even if it means taking this case all the way to the U.S. Supreme Court. And with your support, we will continue to fight in courtrooms across the country to ensure the gun industry does not put profits over people’s lives.