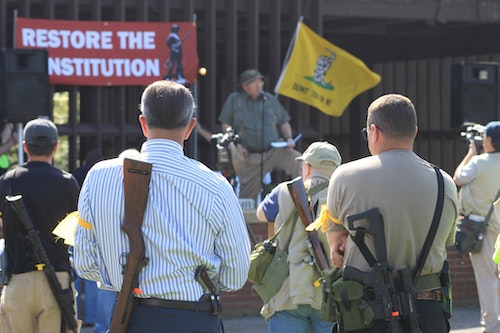 Gun rights groups, headed by the National Rifle Association, have argued since the early 1990s that the spread of firearms is essential to maintaining freedom in America, making a very wide interpretation of the Second Amendment necessary to protect all other rights . But is this argument true? Do guns indeed make us free? To find out, hosts Kelly and JJ are joined by Brady President Kris Brown and political philosopher Dr. Firmin DeBrabander. Together, they discuss the myth that guns equal freedom from tyranny, the role the NRA has (and continues to play) in sharing that rhetoric, and how myth is being played out in current legislation, like Stand Your Ground laws.