Guns have been used to intimidate voters and reduce access to voting.

This election cycle, gun violence prevention activists have an opportunity to advocate for polling locations to feel safe for all members of their community.

The presence of firearms can pose unique obstacles for citizens attempting to vote at in-person polling locations. The presence of firearms during the exercise of another Constitutional right can serve as a means of intimidation, whether intended or not, particularly in a nation where 58% of American adults report that they or someone they care for has been impacted by gun violence.

There is currently no federal law prohibiting the presence of firearms at polling sites. Instead, regulation is left to the states, a large majority of which allow guns to be carried in and around a polling place.

In 2016, then-candidate Donald Trump encouraged crowds of mostly-white supporters to “watch other communities” on Election Day. This thinly-veiled commandment for white citizens to patrol and monitor the democratic actions of fellow Americans came on the heels of decades of voter intimidation, harassment, threats, and disenfranchisement known all too well by people of color in this country. 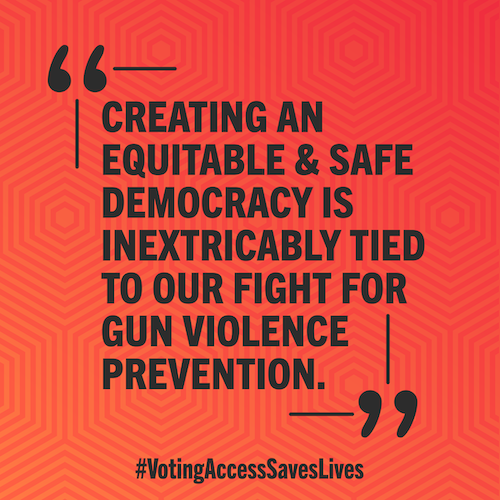 Firearms have increasingly been brandished at protests to intimidate and silence their opposition, and the mere presence of firearms at polling places will continue to be a threat as we move into 2020 and beyond.

Data from a 2016 campaign from Guns Down showed that in less than 12 hours, voters in 28 states had reported sightings of firearms at polling locations. For many gun violence survivors, the potential of coming into contact with a firearm poses a substantial threat to their emotional and physical well-being during voting. One Virginia voter expressed that she “felt intimidated” by an armed man outside her polling station in 2016; “I had to explain to my nine-year-old son why a man with a .357 Magnum is standing outside the polling station,” she said. Gun violence has shaped the voting process in uniquely terrifying and tangible ways. In 2016, multiple polling places in the Los Angeles area were put on lockdown and closed after a shooting with an assault weapon killed one person and injured three others outside.

Now more than ever, elected officials must evaluate the usefulness of deploying armed law enforcement at polling locations.

Unfortunately, the threat of violence at polling sites does not come from only armed citizens. In recent months, mounting discord between law enforcement and marginalized communities — who are often impacted by voter suppression tactics — has increased. There is a history of over-policing in communities of color, and the presence of law enforcement at polling locations could act as a deterrent, especially in our current climate. For example, local law enforcement watched Georgia voters in a predominantly Black neighborhood for over five hours after the polls had closed.

This election cycle, activists have an opportunity to advocate for polling locations to feel safe for all members of their community. This includes reassessing polling locations within or adjacent to police stations, which may discourage Black and Latinx voters concerned with being stopped and accosted by law enforcement on Election Day. Now more than ever, elected officials need to evaluate the usefulness of deploying armed law enforcement at polling locations. 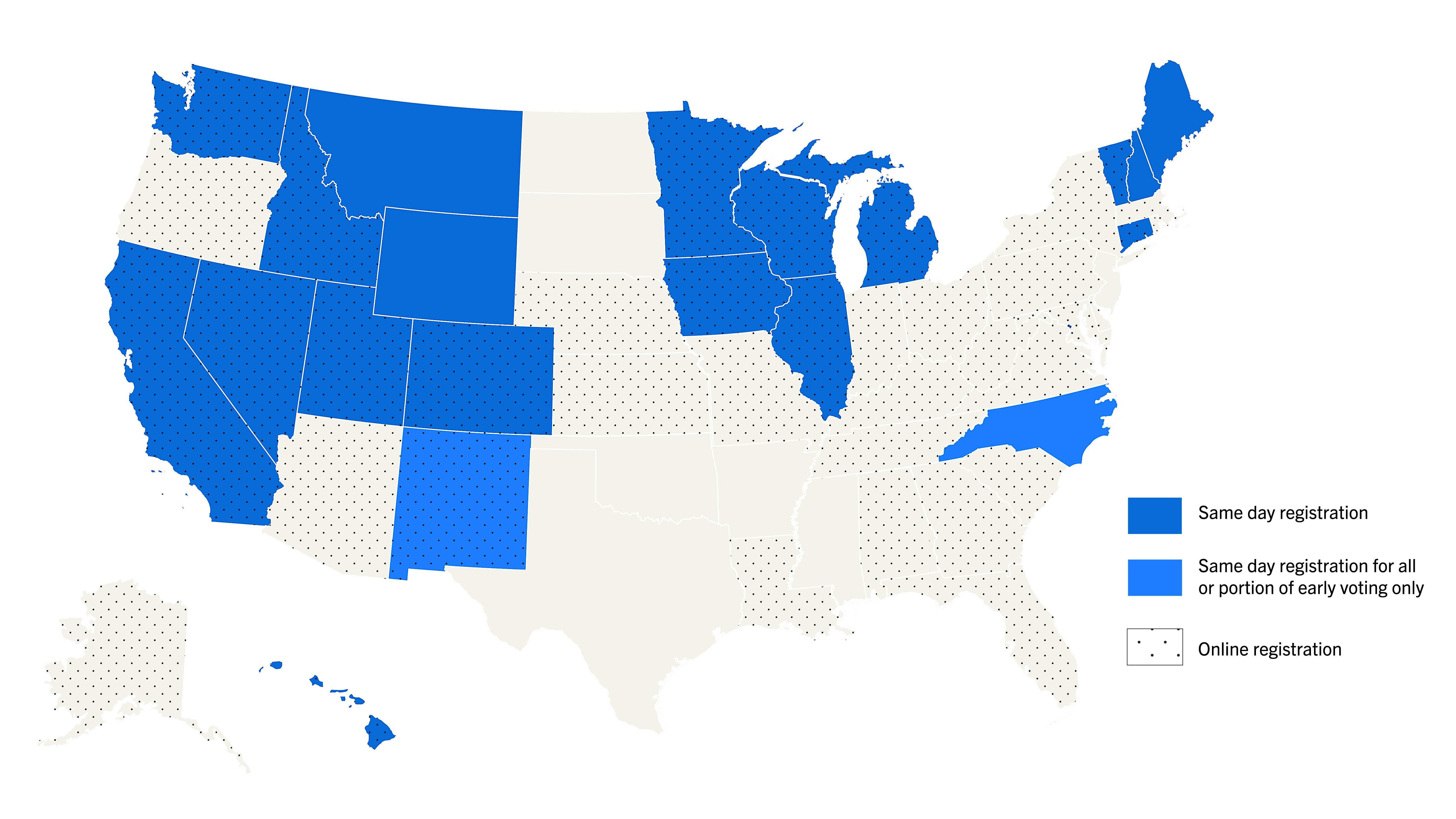