“Hugely Disappointing:" Brady Condemns Inaction in the Senate on President Biden’s Nominee to Lead the ATF

"David Chipman is a tested law enforcement expert with over two decades of experience at the ATF. It is hugely disappointing and unconscionable that 50 members of the U.S. Senate would deny President Biden his choice to lead the ATF." 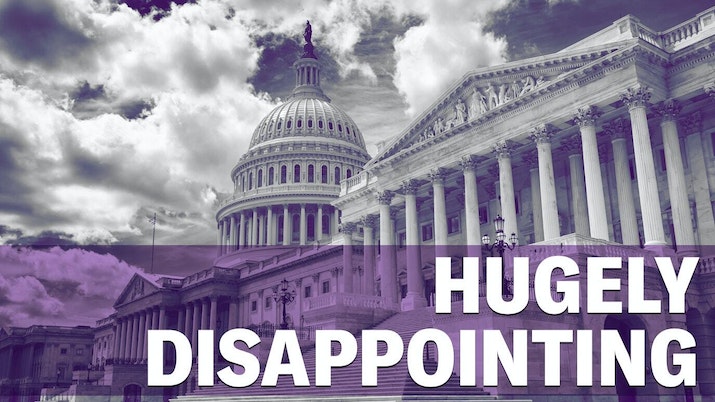 Washington, D.C., September 9, 2021 - Following the reported decision to withdraw David Chipman’s nominee to lead the U.S. Bureau of Alcohol, Tobacco, Firearms, and Explosives (ATF), Brady condemns the lack of action in the U.S. Senate to move his nomination forward. Since the National Rifle Association (NRA) pushed Congress in 2006 to add a provision to the Patriot Act requiring a Senate confirmation for ATF Director, only a single nominee has been confirmed to head the agency in the last 15 years. This includes nominees from President George W. Bush, President Donald Trump, and now President Joe Biden.

“David Chipman is a tested law enforcement expert with over two decades of experience at the ATF. He is eminently qualified to lead the agency. It is hugely disappointing and unconscionable that 50 members of the U.S. Senate as well as at least one senator who caucuses with the President’s party would deny President Biden his choice to lead the ATF. It is even more concerning that they would do so by parroting the talking points of the gun lobby, which has spread misinformation and blatant lies about David Chipman since his nomination was announced.

It is immoral and indefensible that the only agency with regulatory oversight over the gun industry has been permitted to persist for so many years without leadership, because of the outsized influence the gun industry has over what used to be considered “the world’s greatest deliberative body.” The people who are at fault for this moment are the at least 51 senators who refused to vote for or commit to vote for an exponentially qualified candidate. These Senators have let their constituents down.

A confirmed director for the ATF is a vital element to President Biden’s plan to reduce gun violence and to any effort to prevent gun violence. It is a shameful day in our country where we have allowed misinformation and special interest influence to prevent change so desperately needed to combat the gun violence that rages on in communities across the country and it is clear that we cannot continue to allow this position to be senate-confirmable.”

JUST IN: It's reported that @WhiteHouse will withdraw the ATF director nomination of David Chipman after a gun lobby-led smear campaign.

It's unconscionable that 50 members of the Senate would bow to the gun lobby to deny a vastly qualified candidate. https://t.co/BOYQU9JANc

The U.S. Bureau of Alcohol, Tobacco, Firearms and Explosives is an agency within the U.S. Department of Justice responsible for enforcing federal firearms laws and regulating the gun industry, with the ultimate goal of ensuring the continued safety of the American people. ATF has been without a Senate-confirmed director since 2015. If confirmed, David would be only the second Senate-confirmed Director in the Bureau’s history.