167: QAnon — The Violence, the Guns, and the Threat Posed by This Popular Conspiracy Theory 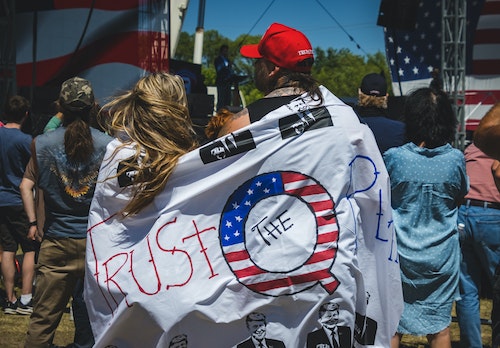 For the last few years, the term "QAnon" has been trending , and for a frightening reason: the conspiracy theory has been tied to increasingly violent acts. As we've seen in the news, QAnontears apart families, impacts governmental processes, and is a danger to public safety. While those in gun violence prevention may be familiar with QAnon due to its adherents belief in so-called "false flags," QAnon's attachment to violent extremism and firearms goes far deeper.

To break it all down, hosts Kelly and JJ are joined by journalist Mike Rothschild, a writer and researcher who explores the intersections between Internet culture and politics through the lens of conspiracy theories. Mike has literally written the book on QAnon, entitled The Storm Is Upon Us: How QAnon Became a Movement, Cult, and Conspiracy Theory of Everything. Together, we work through not only how QAnon garnered such popularity and why believers are so hard to dissuade, but also why you should still be concerned about this often violent movement that may even be taking hold in your local community.

Mentioned in this podcast:
How Conspiracy Theorists Forced the Cancellation of a School Fundraiser (Daily Dot)
Qanon and the BITE model - behavior, information, thoughts & emotions (Freedom of Mind)
7 ways to talk to QAnon-obsessed loved ones, according to a former white nationalist (Fast Company)
The QAnon Conspiracy Theory: A Security Threat in the Making? (West Point)
Prosecutors Say Man With QAnon Ties Fired Gun at Portland Courthouse to “Get Himself in Front of a Federal Judge” to Express Political Views(Willamette Week)