201: A Survivor on Why it Takes a Village (and Forgiveness) to End Gun Violence 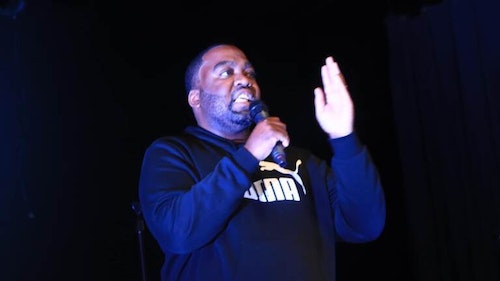 CEO, documentarian, activist, father...and survivor. Oronde McClain was only ten when he was shot in the back of the head. In the decades that have followed, Oronde has dedicated himself to ending gun violence in his native Philadelphia. He joined hosts Kelly and JJ to detail the role that forgiveness has played in his healing, why he continues to be a gun violence prevention advocate, and why survivors (and their struggles) need to be at the forefront of the gun violence prevention movement.

Mentioned in this podcast:
How one Philly survivor overcame gun violence and PTSD (PBS)
Oronde McClain, shot at 10 in Philly, is now a VA psych (Philadelphia Inquirer)
Child shooting victim: City must focus efforts on survivors (KYW News Radio)
I was shot in the head as a child. It took 20 years, and other survivors, to heal (Philadelphia Inquirer)