134: How the Private Sale Loophole Harms 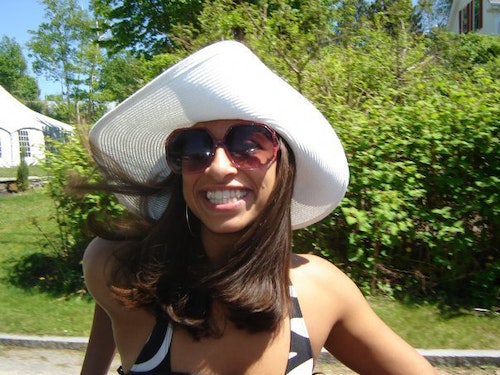 Photo of Darien Richardson provided by her mother, Judi.

Darien was a charismatic, kind, 25-year-old athlete who was in the process of getting her master’s degree of education when she was shot during a home invasion. 51 days after being shot in the hand and leg, Darien died from her injuries. Police quickly recovered the murder weapon, but Darien’s parents Wayne and Judi Richardson were horrified when they found out that the gun could not be traced to the shooter due to a loophole in the law known as the private sale loophole. In Maine and elsewhere, unlicensed private sellers, whether they do business online, at gun shows, or via classified advertisements, are not required to conduct a background check. This loophole then enables people who are prohibited from owning firearms, such as convicted domestic abusers and other criminals, to buy firearms with no questions asked.

Wayne and Judi then became gun violence prevention advocates, fighting not just to close the private sale loophole but also to support victims of violent crime via their foundation, Remembering Darien. They’ve done this both federally and locally, most recently pushing a bill in the Maine Legislature – L.D. 999, referred to as Darien’s Law –that would have required that a background check is completed before two strangers engage in the sale of a firearm. Sadly, it didn’t pass the Maine House.

If you or someone you know has information about Darien’s murder, they can reach out anonymously via (207) 874-8575, on the Portland Maine’s police department’s crime tip line at 207-874-8584, or by texting the keyword “PPDME” plus their message to 847411 (TIP411).There is a reward being offered for information related to her case.