155: Coach Steve Kerr on How We Can All Fight to Prevent Gun Violence 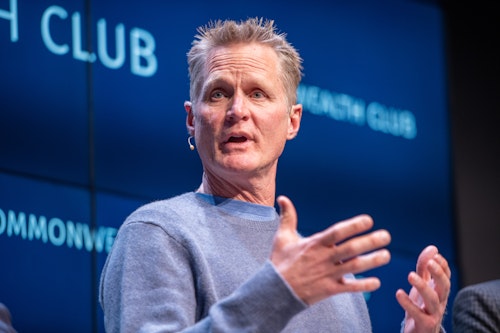 On the 18th of January 1984, Dr. Malcolm H. Kerr, president of the American University of Beirut, was assassinated on campus. The gunmen were never caught.

Now, 37 years later, Dr. Kerr's son -- former award-and-title-winning National Basketball Association (NBA) player, and current head coach of the Golden State Warriors -- Steve Kerr, remains a gun violence prevention advocate. Kerr, who has spoken at length about the need for policies like universal background checks and the need to remember the names of those lost to gun violence, is also deeply concerned with a lack of action by government officials.

For more information on Brady, follow us on social media @Bradybuzz or visit our website at bradyunited.org.

Full transcripts and bibliographies of this episode are available at bradyunited.org/podcast.