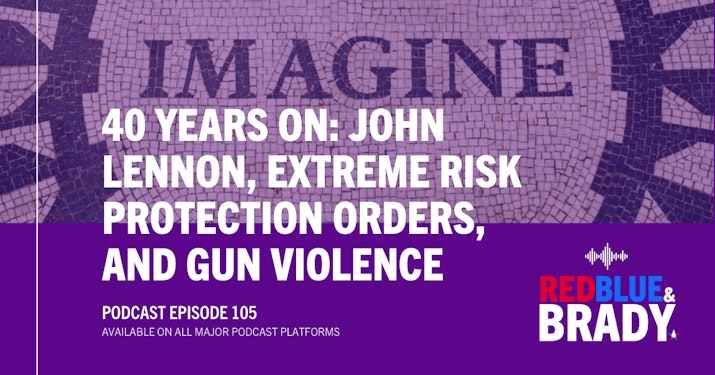 On the evening of December 8, 1980, John Lennon was shot and killed in the front entrance of his home in New York City. His murderer was a one-time Beatles fan who had traveled from Hawaii to New York with a .38 special revolver that he had purchased six weeks prior from a shop in Honolulu, Hawaii for $169.

However, the shooter had planned the killing over several months, and had shared his plans with his wife. Had an Extreme Risk Law (sometimes called a “red flag” law) been in place at that time, the shooter may not have been able to maintain his access to this firearm. Recently, Hawaii joined 18 other states and the District of Columbia in codifying an Extreme Risk Law that would enable family members, co-workers, or police to obtain court orders blocking access to firearms for people who show signs they could pose a danger to themselves or others.