Urge Senators to Confirm David Chipman to Lead the ATF

On April 27, 2021, Brady Legal and co-counsel Kevin Sullivan of Salsbury Sullivan filed a lawsuit against Walmart on behalf of the family of Jacob Mace. In November 2019, Jacob was employed at Walmart in St. Mary’s County, Maryland, while undergoing an acute mental health crisis when Walmart sold him a firearm that he used to kill himself shortly after his purchase.

Firearms are by far the deadliest method of suicide, and many gun suicides are preventable. In fact, 90% of suicide attempts with a gun are fatal, while suicide attempts with other methods are only fatal in 4% of cases, on average. The vast majority of people who survive a suicide attempt, 90%, don’t go on to die by suicide and 70% never make another attempt. Lives can be saved if gun dealers take care not to supply guns to persons who exhibit signs that they are in emotional distress or at risk of suicide or violence. 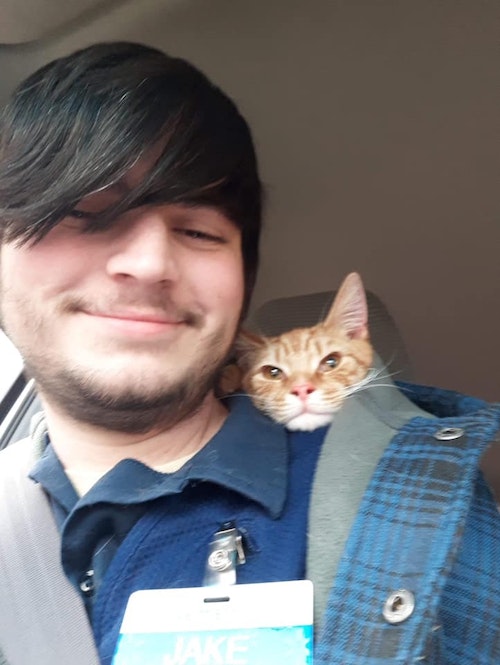 About the Case, Mace v. Walmart

On November 15, 2019, Jacob Mace died by suicide using a shotgun and ammunition that were sold to him by his employer, Walmart. The complaint alleges that Walmart sold Mace this firearm and ammunition, despite employees knowing of his history of mental illness, past and recent suicidal ideation and attempts, and despite Mace appearing visibly intoxicated and distressed at the time of the sale.

Jake was kind, caring, and giving. He viewed his mental health struggles as medical issues, actively participated in his treatment, and discussed his issues openly to help end stigma. However, those facts should have prevented his employer from selling him a firearm. As a family, we will continue in Jake's example and honor his life by working to end the stigma around mental health and advocate for safe gun sales and ownership.

Brady Legal has represented victims of gun industry negligence for over 30 years and has won more than $60 million in settlements and verdicts in cases brought by Brady on behalf of victims and survivors. Brady has also won landmark precedents holding that gun companies can be held legally responsible for the damage caused by their irresponsible business practices and we have forced gun dealers and manufacturers to reform their practices to prevent sales of guns to dangerous people. Brady has litigated in over 40 states and won victories in the Supreme Courts of Kansas, Missouri, Ohio, Indiana, Alaska, and appellate and trial courts in California, Florida, Mississippi, New York, Massachusetts, Oregon, Pennsylvania, Utah, Washington, West Virginia, Wisconsin, and other states.

A texas gun dealer agreed to implement significant business reforms after it sold a gun to a dangerous purchaser who used the firearm to kill his father-in-law.

Justice for Chicago Police Officer Killed with a Trafficked Gun

Brady holds gun dealers accountable for selling trafficked firearms to the criminal market which were later used to used shoot and kill a Chicago Police Officer while on duty.

A 19-year-old young mother was killed in a crossfire while walking in Wilmington by a gun sold to a trafficker through a straw purchase.

Police officers Wounded by Prohibited Purchaser Who Got Gun Anyway

A man exhibited dangerous warning signs when he was seeking to purchase a firearm. Despite these concerns, the gun dealer sold the firearm which was later used to shoot and injure two police officers.