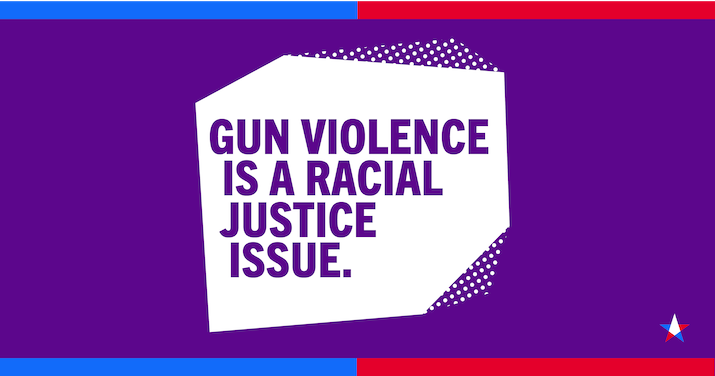 Gun violence alone reduces the life expectancy of Black Americans by four years. And yet, the U.S. largely ignores the external, systemic factors driving inequality and violence in Black neighborhoods.

Black-led community based groups have worked relentlessly to develop community-based solutions that successfully reduce gun violence. As an organization dedicated to the prevention of gun violence and the saving of lives, Brady is committed to doing our part to champion and bolster these grassroots efforts with upstream, systemic change. 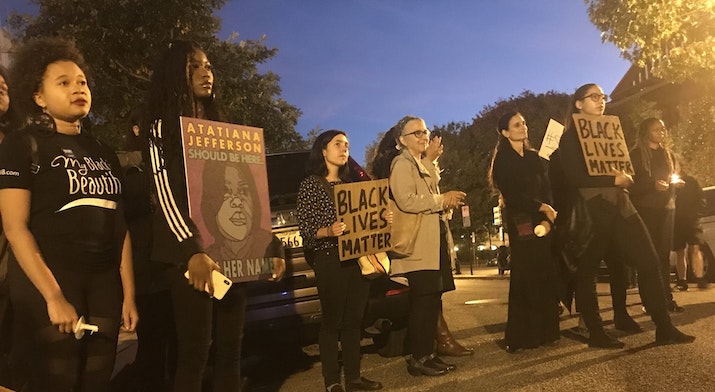 The United Nations High Commissioner for Human Rights’ Committee on the Elimination of Racial Discrimination (“CERD”) called out the United States’ “high number of gun-related deaths and injuries which disproportionately affect members of racial and ethnic minorities, particularly African Americans." CERD then urged the U.S. government to take action, including implementing universal background checks for all private sales, prohibiting concealed carry in public; increasing transparency concerning crime guns by repealing the Tiahrt Amendments; and reviewing "stand your ground" laws for principles of proportionality and necessity.

Black people are not inherently more violent. Sadly, violence is a capacity that all humans share. White men, for instance, commit the majority of mass shootings and when faced with “poverty, unemployment, and single-parent households, they are more likely to commit homicide and other violent crimes than black men confronting a similar set of structural impediments.”

We must instead consider how public policy has made it so that Black people are more likely to face conditions that facilitate gun violence. 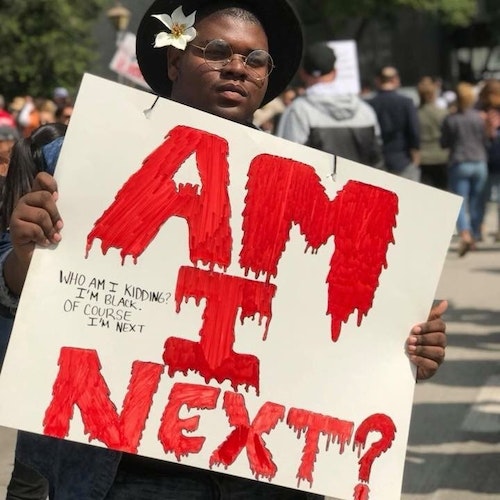 A STRUCTURAL AND SOCIAL ISSUE

The same cities that experience disproportionate gun homicide — Detroit, Baltimore, Philadelphia, New Orleans, Newark, St. Louis, Chicago — all have large, segregated Black communities with a history of disinvestment. This segregation and disinvestment didn’t happen by nature, but by design. "Deindustrialization, discriminatory housing practices, and white flight from neighborhoods as Black families moved in pushed large numbers of Black people into poverty, perpetuating economic inequalities between white and Black people.” Today, many metropolitan areas remain just as segregated as they were in 1968.

Even within cities, gun homicide concentrates in specific areas. Yolanda Mitchell, Ph.D and Tiffany Bromfield, for instance, found that Philadelphia’s safest police district, which is about 85% White had no gun homicide in 2014, while Philadelphia’s most violent district, which is about 90% Black, had 40 gun deaths that same year. Research shows that violence may concentrate in certain neighborhoods because violence begets more violence. People who are victims of violence and do not sufficiently recover are more likely to commit violence themselves. In addition to the obvious physical damage, gun violence also hurts mental health, academic attainment, economic prospects, social networks, and reputation.

To name poverty and such structural impediments as the only issues would be to ignore what we know to be true.

Trayvon Martin was spending time with his father in suburban Sanford, Florida when he was hunted, confronted, and executed by an armed vigilante. Philando Castile, a well-respected Supervisor, was in suburban Falcon Heights Minnesota when he was stopped, shot, and killed by a police officer. Renisha McBride, a Ford employee and beloved daddy’s girl, was seeking help after a car accident in suburban Dearborn Heights, Michigan when she knocked on a door, and was met with a gunshot. Trayvon, Philando, Renisha, and countless others were not cut down by fatherlessness, poverty, or anything else that distracts from the uncomfortable truth that they were shot because they were Black. Black skin, bias, and guns don’t mix. 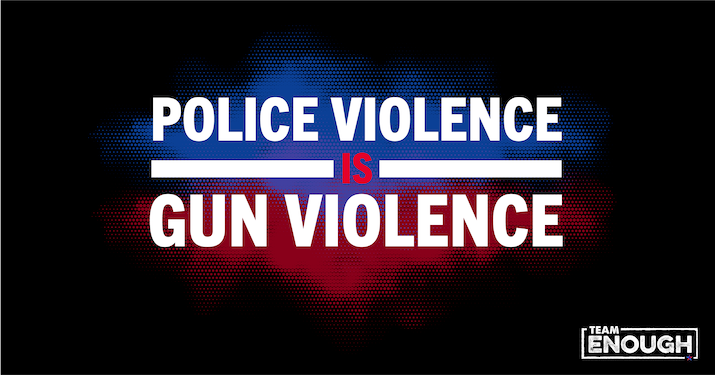 Black Americans are 2.5 times more likely than white Americans to be killed by police and constitute 31% of all police-involved fatalities.

Police-involved shootings, like other forms of gun violence, impact all people in the United States. American police kill more often than police of any other industrialized country.

America’s extraordinary police shooting rate is, in part, a product of our extraordinary civilian carry rate. And unfortunately, officers mistakenly perceive that unarmed Black civilians are carrying guns more than other groups.

In the last decade, infamous police shootings like those that killed 12-year-old Tamir Rice and 18-year-old Michael Brown have amplified the long-held question; where can Black people be safe? Recent police-involved shootings have made answering that question even harder.

Our gun-saturated country often forces officers to make split-second decisions; our race-saturated history and the policies and structures that have been developed as a result, often puts Black Americans on the wrong end of them.

For that reason, racial justice requires not only reasonable gun regulations that make the streets safer for everyone, but also community-oriented, accountable policing.

THE RISK OF FIREARM SUICIDE

Two-thirds of the nation’s annual gun deaths are suicides and 85% of gun suicides are white men. At first glance, this may not seem like an issue of racial justice, but in fact there is a racial connection here.

Attempted suicide rates have dropped among teenagers in every ethnic group other than Black Americans, for whom rates of suicide increased by 73% between 1991 and 2017. Researchers believe that exposure to racism and adverse childhood experiences, like trauma, are partially to blame for Black teens’ increasing suicide attempts.

Back to Resources
Posts By Category /
Reports 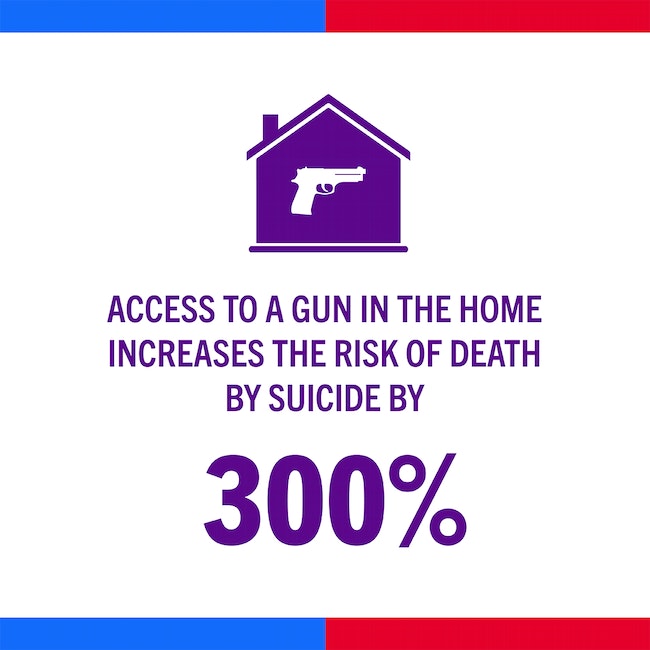 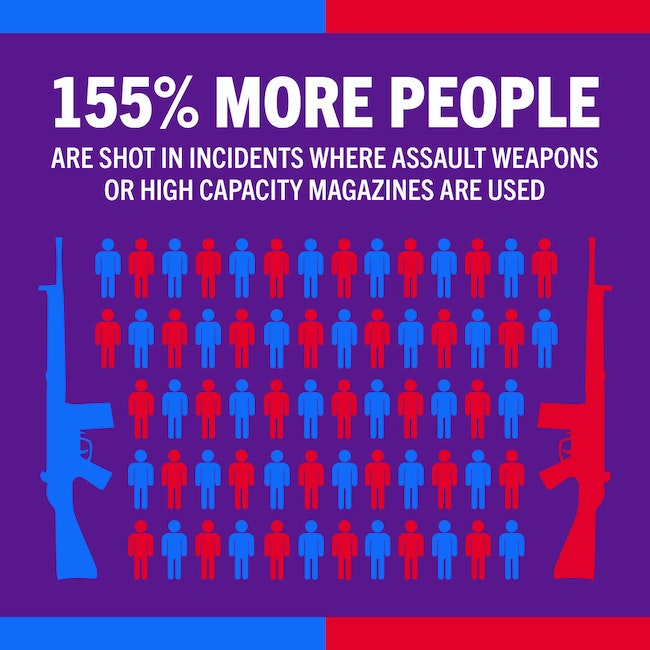 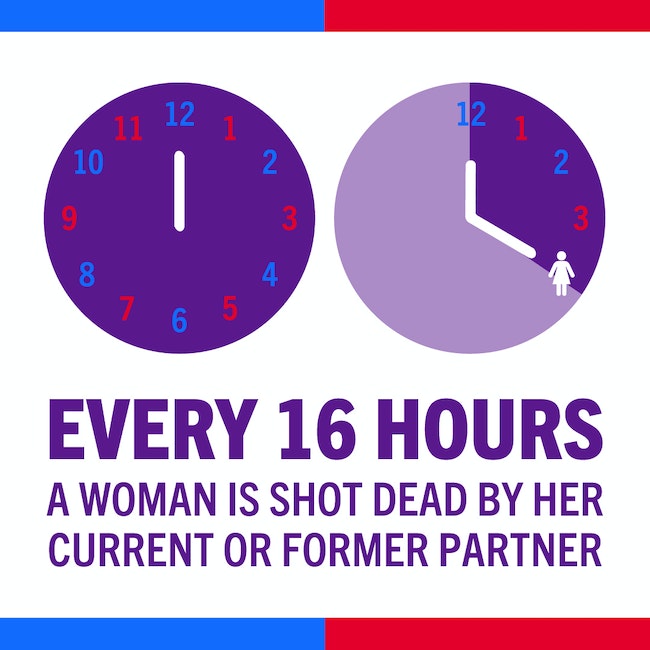