What is the Second Amendment? “Vague” could be one answer; “highly debated,” another. For much of the 20th century and all of the 21st thus far, the cultural and legal interpretation of those twenty-seven words has sparked intense debate among Americans from all walks of life, but particularly those who hold elected office--and those who seek to influence these officials. These influencers are numerous and their goals diverse; some, like Brady, are gun violence prevention activists, while others, like the National Rifle Association, lobby for “gun rights” (a misleading term with a tortuous history--but that’s a subject for another day).

The NRA is venerable--nearly 150 years old--and with a long and accomplished history, though arguably the association’s modern incarnation is so different from its 19th and early 20th century antecedents that it may as well be a separate entity. The NRA positions itself as “preserving the core of … American values and traditions in [a] steadfast effort to Teach Freedom.” And while its role in contemporary U.S. politics is well-known, the NRA’s positions on the Second Amendment in general, and gun regulation in particular, have dramatically changed over time.

See how well you know the NRA of the past and present by answering these twelve true/false questions.

Question 1: The NRA was founded not to lobby politicians, but to promote superior marksmanship among American civilians who might one day be American soldiers.

Alarmed by the dismal accuracy of Northern troops during the Civil War, Union Army veterans William C. Church and George Wingate formed the National Rifle Association in 1871 with the aim of “promot[ing] and encourag[ing] rifle shooting on a scientific basis.” While the NRA’s magazine, The American Rifleman, did feature reporting on new firearms bills, the association was not a lobbying organization. In 1934, the NRA began to mail out legislative facts and analyses of firearms bills and policies, allowing members to take private action. They did not, however, lobby legislatures directly. This practice began in 1975 with the formation of the Institute for Legislative Action, or ILA.

Question 2: The NRA once opposed “open carry” in public places.

The NRA was a vocal supporter of the Mulford Act, a 1967 California law which banned the “open carry” of loaded firearms by anyone save law enforcement officers and other explicitly authorized persons. The law was a direct response to the Black Panthers' conspicuous exercise of their right to armed self-defense. The Panthers had carefully researched gun laws and knew they could carry firearms so long as the weapons were not concealed.

After the law passed with NRA backing, Senator John Schmitz penned an editorial stating that “members of the National Rifle Association in California should know that their organization, despite its record of opposing gun control bills in the past, favored this bill and that without NRA support it almost certainly would have been defeated.”

Following the 1993 publication of a study funded by the Centers for Disease Control and Prevention (CDC) which indicated that gun ownership increases the risk of homicide in the home, the NRA successfully lobbied Congress to shift the CDC’s budget for research on gun violence and to adopt an amendment, known as the Dickey amendment, that prohibited the CDC from using research funds to “advocate or promote gun control.” Until 2019, this amendment was commonly interpreted in ways that effectively stopped federal funding of research on gun violence.

Question 4: The American NRA was modeled after a British organization with the same name.

British sportsmen and marksmanship enthusiasts founded the first National Rifle Association in 1859, 12 years before the creation of America’s better-known counterpart. The group’s initial aim was to raise funds for meetings and competitions that would promote the marksmanship expertise vital for a common defense of the British Isles against the French invasion that many Brits believed imminent. Today, the National Rifle Association of the United Kingdom is a hunting and sport shooting organization, though like the American NRA it retains a strong cultural connection to its nation’s military.

The National Firearms Act of 1934 and 1938 placed heavy taxes and regulations on machine guns, sawed-off shotguns, and silencers; prohibited felons from owning weapons; required gun owners to register with the federal government; and imposed harsh penalties upon . It may surprise you to learn that the NRA worked with Congress and the White House on both acts and enthusiastically supported their enforcement. The NRA’s leader at the time, Karl T. Frederick, not only endorsed the legislation, but went so far as to state that "I have never believed in the general practice of carrying weapons. I think it should be sharply restricted and only under licenses."

Question 6: For nearly a century, the NRA actively lobbied for “gun control,” even co-authoring gun restriction legislation with the government as recently as the 1970s.

In the 1920s and 1930s, NRA leaders lobbied states to enact stronger gun legislation, ushering in a number of influential laws: the Uniform Firearms Act of 1934, which banned anyone without a proper permit from carrying a concealed gun in public; the Federal Firearms Act of 1938; and the Gun Control Act of 1968.

Decades later, the NRA also supported a number of restrictive federal gun laws. In 1963, Lee Harvey Oswald bought the rifle used to assassinate President John F. Kennedy from a mail order ad in an NRA magazine. The NRA's executive vice president at the time, Franklin Orth, testified to Congress in favor of banning mail-order rifle sales, and gave measured support to the Gun Control Act of 1968.

Beginning in the 1970s, however, the NRA's politics began to shift from “sports” to “protection.” At its 1977 convention, the association experienced a massive leadership upheaval which took its politics in a far more anti-regulatory direction. (This shift, by the way, occurred alongside changes in campaign finance regulations which made it easier to infuse money into politics.)

Question 7: The NRA supported background checks and longer waiting periods for gun purchases as recently as the 1970s.

In the 1960s, the NRA endorsed a proposed federal law that would have required a seven-day waiting period to enable background checks on handgun purchases. An NRA pamphlet from the 1970s noted that “a waiting period could help in reducing crimes of passion [by] preventing people with criminal records or dangerous mental illness from acquiring guns.”

Question 8: The shifting of the NRA’s focus from marksmanship and firearms safety to opposing all restrictive gun legislation happened overnight.

In 1977, Harlon Carter was elected Executive Vice President of the NRA in what has become known as the Revolt at Cincinnati. Carter--a controversial figure who had served time for shooting and killing a Mexican teenager--bluntly spelled out the NRA’s new focus: No compromise. No gun legislation.

Carter appointed another hardliner, Neal Knox, as head of the NRA’s legislative agenda, which quickly became focused almost entirely around opposing all forms of gun control. Under Knox’s guidance, NRA lobbyists aggressively--and, it must be said, effectively--courted the favor of state and federal legislators whose careers soon became inextricably linked to their support of, or opposition to, the association’s goals.

Question 9: In 2001, Fortune magazine named the NRA the most powerful lobbying group in Washington.

Flush with cash from its myriad private donors and affluent political connections, this new, relentlessly anti-gun control NRA quickly became a major force in American political fundraising and campaign spending. Harlon Carter himself stated that the NRA sought to be "so strong and so dedicated [to its agenda] that no politician in America, mindful of his political career, would want to challenge [that agenda’s] legitimate goals."

Question 10: Only the second clause of the Second Amendment is bolted to the exterior of the NRA’s headquarters.

In 1957, the motto displayed next to the main entrance of the NRA’s headquarters read firearms safety education, marksmanship training, shooting for recreation. The “new” NRA opted to replace this with the right of the people to keep and bear arms shall not be infringed--a change which reflected the pivoting of the association’s focuses from marksmanship and firearms safety education to political lobbying in favor of unfettered gun ownership.

Question 11: The NRA went to court over the legality of a gun violence prevention bill that it had helped create.

The 1981 assassination attempt of President Reagan generated a tremendous groundswell of support for gun control, empowering a movement which, after over a decade of intense politicking, successfully passed through Congress in 1993 the Brady Handgun Violence Prevention Act. Named for President Reagan's press secretary Jim Brady, who was grievously wounded in the attempt on the President's life, the Act subjected prospective firearms purchasers to federal background checks and required a waiting period to elapse before the completion of a sale.

Not long after, this waiting period evolved into the more sophisticated National Instant Criminal Background Checks System, or NICS--a brainchild of the NRA. Later, however, the NRA went to court with the argument that the Brady Act in general and the NICS in particular represented unconstitutional infringements upon states’ rights.

The NICS survived, but with its implementation came the controversial “default proceed” rule. This rule maintains that firearms vendors only have three business days to conduct and finish their investigation. If the vendor does not hear anything within that time period or if a determination cannot be made, then the retailer can, but does not have to, continue with the sale. Roughly 9% of background checks do take longer than three days.

Question 12: The NRA is economically entwined with the gun industry, even splitting the proceeds of some products with gun manufacturers.

Though the NRA used to take pride in its separation from gun manufacturers, less than half of the modern association’s revenues come from program fees and membership dues. Today, the organization receives millions in donations from numerous (22, at last count) gun manufacturers such as Smith & Wesson and Beretta USA. These donations are not spare change, either: between 2005 and 2013, the NRA received up to $52.6 million in industry contributions. The remainder of the NRA’s considerable funding comes from grants, royalty income, and advertising for industry companies--ads which, in 2010 alone, generated $20.9 million. This, coupled with the fact that some companies donate portions of their sales directly to the NRA, means that an association which began with the goal of educating Americans about the safe use of firearms has become one with the goal of convincing Americans to purchase firearms.

Want to learn more about the history of the NRA, gun laws, and the US?

Check out our podcast "Red, Blue, and Brady" episode 44: The World Turned Upside Down. 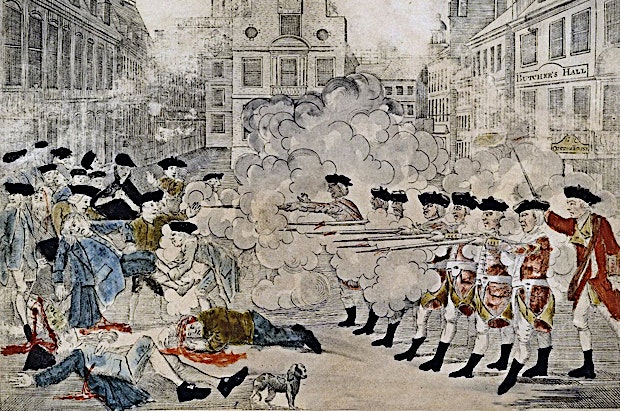