6 Ways You Can Act Now

Buffalo. Uvalde. Highland Park. America has been wracked by mass shooting after mass shooting — and there are so many more tragedies that don't make the news. We don't have to live this way.

With 100 people killed with guns each day, we cannot wait another minute to demand action to keep us safe. Together, we can move the needle to save lives and create a safer America. Here's how you can take action now. 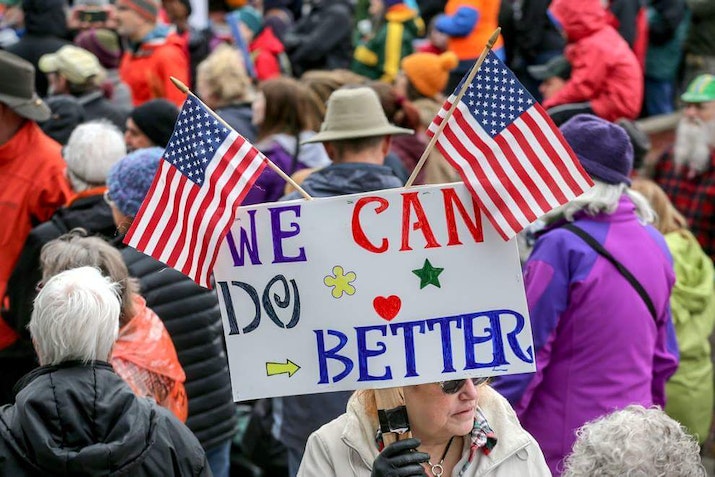 Inspired by our namesake Jim Brady, Brady is a survivor-led organization fighting to end America’s gun violence epidemic. In March 1981, Jim was just two months into his dream role as White House Press Secretary when he was shot in the head as a gunman tried to assassinate President Reagan. He spent the rest of his life recovering — and fighting to strengthen our nation’s gun laws. He and and his wife, Sarah, spent years taking on the NRA and lobbying Congress to pass the bipartisan Brady Bill, which established our nation's background check system on gun sales.

Jim and Sarah’s legacy — which we at Brady continue today — is that they refused to believe that preventing gun violence is a “partisan” issue. They understood that passing sensible gun laws isn't about politics; it’s about saving lives. It’s that same legacy that we carry on at Brady today, because we know that our collective power can change the country. It’s this determination that just helped us push Congress to pass the first gun violence prevention legislation measures in 30 years, and it’s what will keep our momentum driving forward — if you're with us.

Here are six ways you can take action now to join the fight against gun violence.

It's not just about Congress. We must demand elected leaders at every level take immediate action to protect our safety from gun violence. (Read about recent state wins.)

Donate to bolster our work to prevent gun violence

Our work is powered by grassroots donations from people like you.
Donate Now!

Some of the deadliest mass shootings in America all have one thing in common: The shooter used an AR-15-style weapon. We must ban these weapons of war to protect our communities.

Ask your friends and family: Do you lock up your guns?

This simple question can save lives. Learn more about how you can ensure guns are stored safely to prevent tragedies.
Learn more!

We host new volunteer sessions every Wednesday. Drop in and join us!
Register now!