What Are Ghost Guns?

Ghost guns are unregulated firearms that anyone — including minors and prohibited purchasers — can buy and build without a background check. 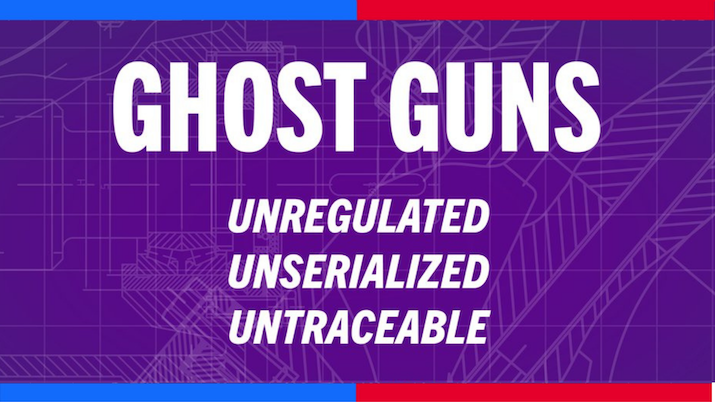 Ghost guns are unserialized and untraceable firearms that can be bought online and assembled at home. They are often sold through "ghost gun kits," which include all of the parts and often the equipment necessary to build these weapons at home. These kits are widely available and can be purchased by anyone, including prohibited purchasers, domestic abusers, and gun traffickers — without a background check. As these kits and guns are sold at gun shows and online every day throughout the country, they undermine all of the life-saving policies that state legislatures have fought so hard to put in place.

This criteria and lack of federal regulation is exactly why ghost guns are a growing weapon of choice among people who are legally prohibited from buying guns.

It’s simple: If you can’t pass a background check, you shouldn’t be able to build a gun in your basement.

Team ENOUGH leader Stephan Abrams exposes just how easy it is for minors and other prohibited purchasers to obtain ghost guns. With just a few clicks, he was able to buy a ghost gun kit online and have it shipped to his house. He could have built a fully functioning firearm in less than 30 minutes.

Team ENOUGH leader Stephan Abrams exposes just how easy it is for minors and other prohibited purchasers to obtain ghost guns. With just a few clicks, he was able to buy a ghost gun kit online and have it shipped to his house. He could have built a fully functioning firearm in less than 30 minutes.

What is a Ghost Gun?

Ghost guns are constructed by individuals using unfinished frames or receivers, the piece of the firearm that contains the operating parts of the firing mechanism, and which are the part of the gun regulated under federal law. However, when a frame or receiver is “unfinished” by a small fraction, it is unregulated. Ghost gun kits include all of the necessary component parts to turn the unfinished frame or receiver into a fully functioning gun, which once assembled looks, feels, and functions like a traditional gun, whether a handgun or assault weapon, and is just as deadly and dangerous in the wrong hands.

You do not need a background check to purchase a ghost gun kit or parts, which allows prohibited and dangerous individuals to evade federal and state gun regulations. The availability of ghost gun parts and kits is creating a gaping, and dangerous, loophole that undermines currently enacted gun-related regulations. 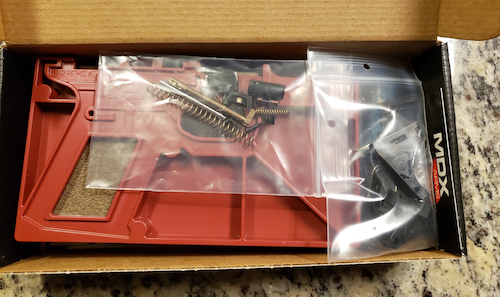 A ghost gun kit purchased for $400 cash at a California gun show — no background check, no bill of sale

Listen to Our Podcast on Ghost Guns

To understand why weapons of this nature present such a threat to public safety, host JJ is joined by Steve Lindley, ghost gun expert and Brady Program Manager, and Kyleanne Hunter, Brady's VP of Programs.
Listen Now 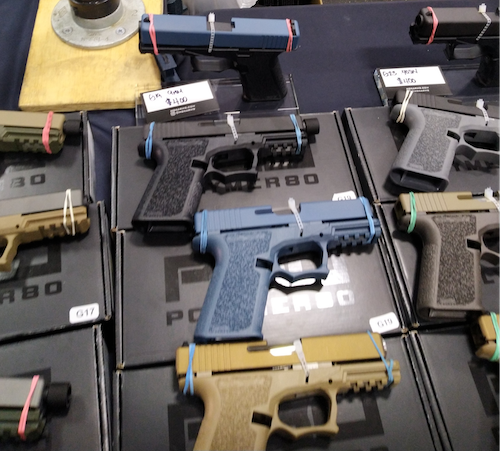 The unfinished receivers were rubber banded to the other parts to show how near to complete these guns are. Potential purchasers can see and feel exactly what their gun will look like once they have put it together. Because the receivers are unfinished and unregulated, these kits can be purchased at gun shows without a background check or any identification. This is true even in states that have diligently closed the “gun show loophole,” by mandating universal background checks for all purchases or sales of firearms.

This isn’t just a gun show problem. Anyone can go online and purchase one of these kits just as easily as they might purchase a stuffed animal. Online sellers emphasize that no background check is required, and that no interaction with a federally licensed dealer is necessary to purchase a ghost gun kit or parts.

Currently, there is simply no mechanism to stop dangerous individuals or gun traffickers from obtaining these kits and building firearms, undermining the entire federal and state systems of gun regulation.

IMPACT OF GHOST GUNS ON COMMUNITIES

The sale of ghost gun parts and kits have increased significantly in recent years, and not surprisingly, the use of ghost guns in crime has increased exponentially:

Gun tracing — a method for identifying the sequence of ownership from manufacturing to the first retail sale is — as the ATF has noted, “an integral tool in law enforcement’s efforts to reduce firearms-related violence.” Ghost guns have no serial numbers and are untraceable. Gun traffickers can purchase unlimited numbers of parts and kits and build unserialized guns which can then be easily diverted into the criminal market, leaving law enforcement with no way to trace their origin. These weapons are, by design, perfect crime guns.

Solutions to Stop the Spread of Ghost Guns

States must proactively pass legislation that addresses ghost guns. States that have laws on the books to combat ghost guns include:

More recently, a number of cities and localities have also moved on historic policy proposals to regulate ghost guns, including:

The ATF must regulate ghost guns.

It is crucial that the ATF broaden its interpretation of the term “firearm” to include unfinished frames and receivers which are designed and marketed to be easily converted into firearms. President Biden recently announced an executive order to regulate ghost guns. His proposed rule was open to public comment for 90 days, closing in August 2021. Thanks to grassroots supporters like you, we helped drive thousands of public comments supporting this sensible regulation.