190: After Decades, the First Federal Gun Safety Legislation Has Passed 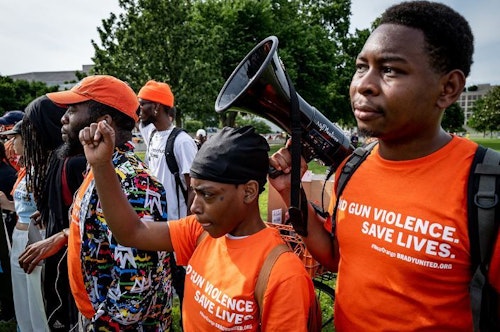 It had been almost 30 years since Congress passed gun safety legislation — until this week. The historic Bipartisan Safer Communities Act, led by Sen. Chris Murphy, addresses the so-called “boyfriend loophole," creates new requirements for gun sellers, and more. While Brady endorses some of the legislation and has concerns about other aspects of it, this bill's passage is a great first step toward a new era of gun violence prevention.

We talk with Sen. Chris Murphy, gun violence survivor and Brady Vice President of Policy Christian Heyne, and Brady Board Member and President of Brady Northern Virginia (NOVA) Martina Leinz about what it means that the final bipartisan vote was 65 to 33, why this bill was historic, and what we all must do next to keep fighting for gun violence prevention.