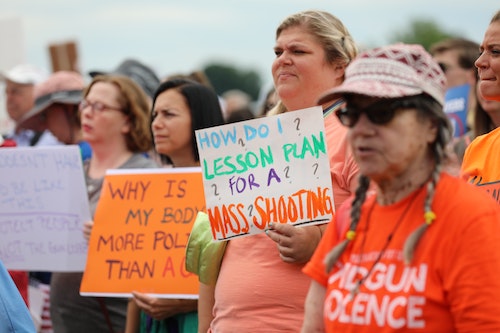 When it comes to intimate partner violence, the presence of firearms is deadly. Horrifically, more than one in four homicides in the United States are related to domestic violence. The passing of the bipartisan Safer Communities Act is a massive step forward in addressing gun violence within intimate partner violence, but as guest Rachel Graber (Director of Public Policy, National Coalition Against Domestic Violence) broke down for hosts Kelly and JJ, we're not at the finish line yet. This bill partially closes the so-called "dating loophole," in that domestic partners convicted of domestic abuse will no longer be able to purchase firearms, rather than just spouses or former spouses (though there are time limits and other provisions). Rachel explains what the bill does (and doesn't do), what impact recent Supreme Court decisions may have on gun laws, and how to address intimate partner violence better.