186: Brady in Brief: We Respond to Common Arguments Against Gun Violence Prevention 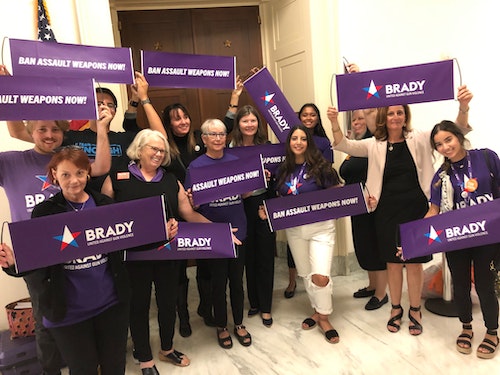 As we’ve seen another week pass in the US, that mass shootings have continued – from grocery stores, to schools, to hospitals, to even cemeteries. After these mass shootings that gain national attention, a lot of questions come up in public conversation. Some of those questions posit that gun violence prevention methods aren’t the answer – that gun violence is a product of poor mental health, or video games, or just plain evil. How do we best answer those questions? In this very special episode, we bring you 12 very common questions that are raised after a mass shooting, and the answers that we – 12 different staffers at Brady – give in response.

We respond to the often-used arguments that:

Learn how we here at Brady respond to these questions -- and how you can respond yourself.

Mentioned in this podcast:
5 Ways You Can Act Now (Brady)
Again and Again and Again (the New York Times)
16 Facts About Gun Violence And School Shootings (Sandy Hook Promise)
A Mass Shooting in Texas and False Arguments Against Gun Control (the New Yorker)