Do You Have 5 Seconds to Help End Gun Violence?

Please vote for Brady to win funding from CREDO Mobile. The more votes we get, the more money Brady receives! 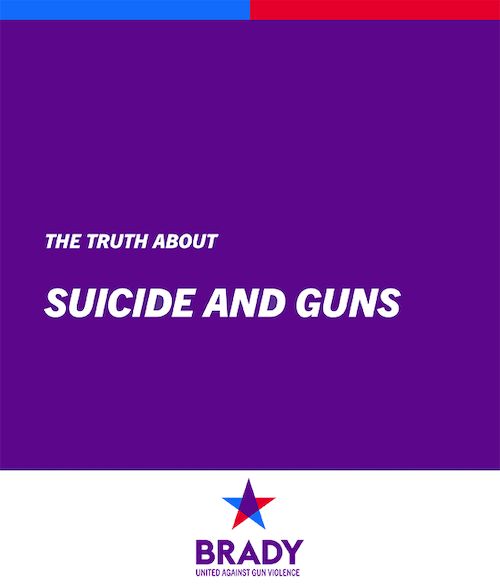 Sixty-three people die by suicide with a gun every day.

In 2016 alone, almost 23,000 people used a gun to end their lives. Firearm suicides have gone up nearly every year since 2006, but we are anything but helpless to stop this crisis.

You can't talk about the epidemic of gun violence in this country without talking about suicide. Suicides make up such a disproportionate number of shootings in this country, but the issue doesn’t get nearly the attention it deserves.

Brady's report explores the link between suicides and guns, explains which communities are most impacted, and reviews what policies could be put in place to prevent the epidemic. The report finds a number of alarming trends related to guns and suicide, including:

Read the Full Report
The Truth About Suicide and Guns
https://brady-static.s3.amazon...

If you or someone you know is contemplating suicide, please call the free and confidential National Suicide Prevention Lifeline at 1-800-273-8255.