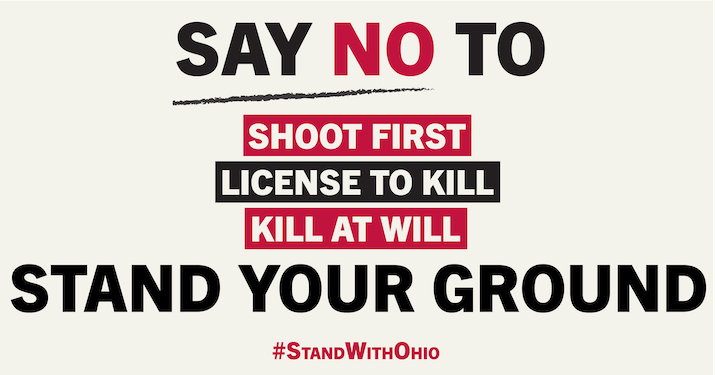 Columbus, Ohio, August 4, 2020 - Today, a coalition of eight advocacy organizations launched a nationwide campaign calling on Ohio Governor Mike DeWine to clearly and explicitly reject proposed ‘Stand Your Ground’ legislation in Ohio. These laws have been pushed by the gun lobby since 2005 and have been shown to increase gun violence and legally ‘justify’ the murder of people of color by white citizens. These laws do not decrease crime. They increase gun violence and amplify systemic racism inherent in our legal system.

The coalition calls on Gov. DeWine to pledge to reject such a policy and asks Americans everywhere to #StandWithOhio by signing the petition. The coalition has set a goal of collecting 100,000 signatures by September 15 to show Gov. DeWine that Americans are united in opposition to dangerous and discriminatory Stand Your Ground laws. 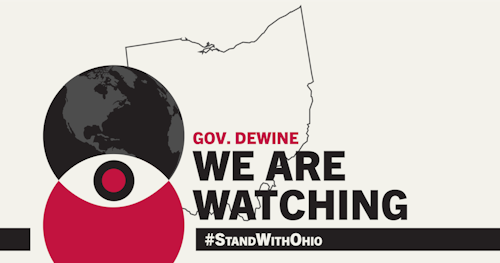 “Ohio is still hurting from the devastating mass shooting in Dayton one year ago today. It is unconscionable for lawmakers to be considering legislation that has been proven to increase firearm homicides before taking even basic steps to reduce gun violence. Research shows Stand Your Ground laws increase gun violence and amplify racial bias. When racist individuals are behind the trigger of a gun, this reality is deadly. These policies would make it lawful to “shoot first, ask questions later.” Ohio’s proposed policy would have this same effect. Since 2015, 8,565 Ohioans have been killed by gun violence, including the nine people killed in August 2019 at the mass shooting in Dayton. Lawmakers should be looking for solutions to reduce violence, not legalize and condone its use. We call on Gov. DeWine to recognize this and reject any possible inclusion of this policy as a standalone bill or amendment.” 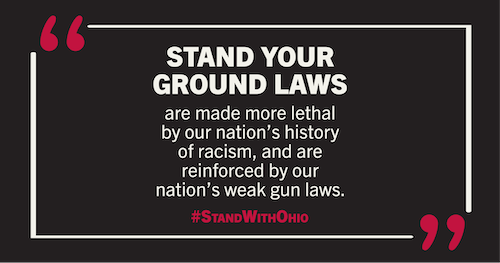 HB381 would remove the responsibility to even consider de-escalating or walking away before using a firearm to shoot and kill in public places, creating a clear avenue for misunderstandings, arguments, or other confrontations to turn deadly.

"Stand Your Ground" laws are little more than a license to murder. We're mobilizing Americans everywhere to #StandWithOhio & tell @GovMikeDeWine that the entire nation is watching and he must reject this dangerous & discriminatory policy!

About Stand Your Ground Laws:

Beginning with Florida in 2005, a number of states enacted Stand Your Ground laws which fundamentally altered the law of self-defense. Traditionally, the law of self-defense put a premium on protecting life; the law imposed on private citizens a duty to try, if possible, to retreat from a dangerous confrontation prior to deploying lethal force in self-defense (with a narrow exception for confrontations occurring in their homes under the ‘castle doctrine’). Stand Your Ground laws limit this duty to retreat even in contexts outside of the home.

Stand Your Ground laws threaten everyone’s safety, particularly Black Americans. These laws embolden racially-motivated vigilantism, undermine public safety, and encourage individuals to believe that, even if they could avoid a lethal confrontation, they can kill someone and later claim self-defense to avoid being held responsible. 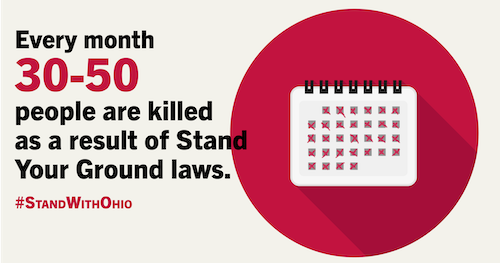 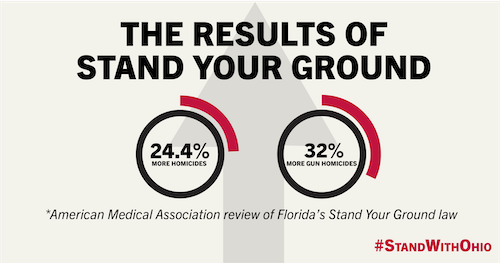 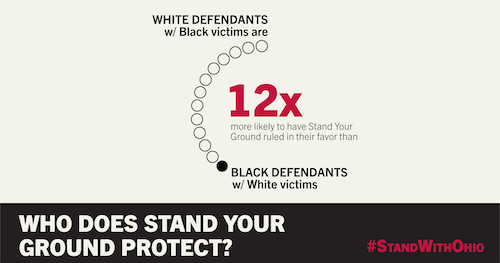