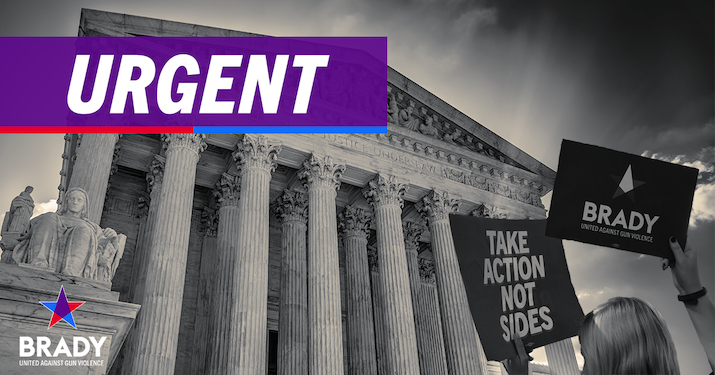 “To be clear, the gun lobby seeks a right not just to carry guns, but to shoot and potentially kill other people who are in public spaces in which they are entitled to be. But Americans have a right to live, and governments have the obligation and authority to protect public safety through strong gun laws. The arguments put forward by the gun lobby in this case threaten the safety of every American and would turn the Framers’ vision of a civil society on its head. The stakes could not be higher. A negative ruling could fundamentally change how courts interpret gun laws and public safety laws. This case is the result of a decades-long effort by the gun lobby to undo any and all common-sense laws that protect Americans from the threat of gun violence, wrapped in an ahistorical interpretation of the Second Amendment that would confound Framers and generations of American legal experts.

The court should reject that view in no uncertain terms. Make no mistake, Americans’ most fundamental right, the right to live, is at stake in this case, as is the most fundamental duty of government — to protect people. We cannot accept a future where the interests of extremist members of the gun lobby and the profits of the gun industry are put above the safety of our fellow citizens.”

The Petitioners in this case: two individuals and the New York affiliate of the NRA — the New York State Rifle & Pistol Association (NYSRPA), are mounting another challenge to New York’s law requiring individuals to show “proper cause” to define the scope of a permit to carry a concealed handgun in public spaces. The Second Circuit Court of Appeals upheld this law following an identical challenge in 2012 and the majority of other federal Courts of Appeals found similar “good cause” restrictions consistent with the Second Amendment following the Supreme Court’s decision in District of Columbia v. Heller.

Petitioners in this case are seeking a right not just to carry guns in public, but a right to carry guns for use in armed confrontation where any individual, trained or untrained in the lawful use of deadly force, becomes an arbiter of deadly violence alongside state authorities.