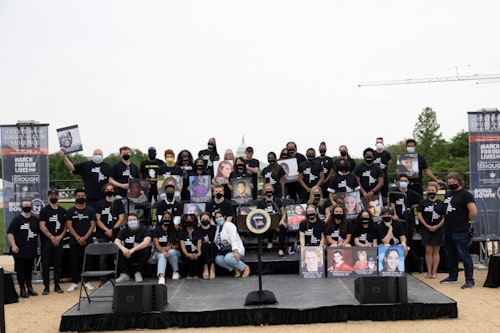 Photo taken at the Time is Now Coalition Event on "the State of the Union" on April 29, 2021

On the 29th of April, 2021, a variety of survivors and members from the Time Is Now Coalition gathered together to hold their own State of the Union address on the national mall in Washington DC, calling out elected officials to pass gun violence prevention legislation. Members of the coalition, made up of over 80 gun violence prevention groups, gathered together to collectively fight for comprehensive, common-sense gun reform. Among those was gun violence survivor, and Brady Vice President of Organizing, Maisha Fields, who later joined hosts Kelly and JJ to discuss her own personal story, why the time is now, and how individuals can fight for change at both the local and national levels.