For the first full length episode of Red, Blue, and Brady a longtime friend of the Bradys, Representative Tony Coelho joins us. Representative Coelho talks to us about his time as majority whip when the Brady bill was first introduced, the Bradys’ legacy and the intersection of gun violence prevention and disability rights. 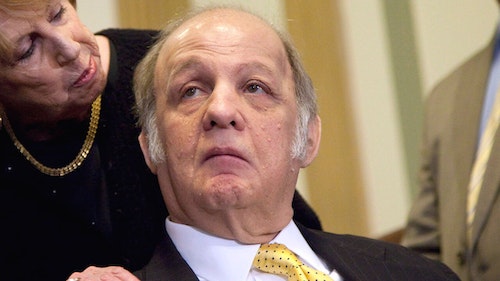 In this episode, Tony Coelho, a longtime friend of the Brady family and 10-year veteran of the House of Representatives, talks with JJ and JP about Jim and Sarah Brady, the Brady organizational legacy, and what it was like to be majority whip during the introduction of the Brady Handgun Violence Prevention Act (commonly known as the Brady Act or the Brady Bill). Our guest also shares his thoughts on how the work of reducing gun violence intersects with disability rights, a subject in which he is equally well-versed: though widely-known for his strong support of gun violence prevention, Representative Coelho has been no less committed to improving the rights and livelihoods of handicapped Americans, a cause he advanced substantially as lead sponsor of the Americans with Disabilities Act.