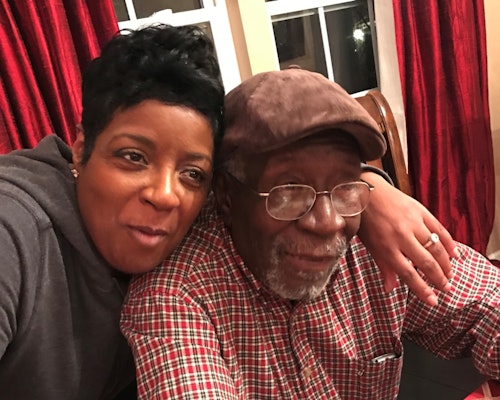 Early in the afternoon on April 16, 2017 — Easter Sunday — 74-year-old Robert Godwin Sr. went out to collect cans in the Glenville neighborhood of Cleveland, Ohio. Shortly after beginning his routine walk home, Robert was confronted, shot, and murdered by a stranger. Compounding on the senseless horror, the shooter filmed and livestreamed the murder, uploading the footage to Facebook. Robert left behind 10 children, 14 grandchildren, and many great-grandchildren, who were left to deal not just with the loss of their loved one, but with the trauma of a media storm.

To discuss the process of surviving after gun violence, the reality of dealing with trauma, and how everyone can be a better support system to those in their lives experiencing grief, hosts Kelly and JJ are joined by three of Robert's children -- 911 operator Malisa Godwin, author and nurse Tonya R. Godwin-Baines, and Brady's Director of Human Resources, Brenda Haymon.

Mentioned in this podcast:
From Grief to Grace (Halo Publishing)
Family remembers Robert Godwin Sr. on 3rd anniversary of his murder (WKYC)
The Facebook victim was a granddad walking home after Easter meal (CNN)
Daughter pleads to suspect who shot and killed 74-year-old father: ‘I ask that you please surrender. I forgive you’ (Fox 8)