168: Rising Anti-Semitic Gun Violence, Its Causes and Effects, and Where We Go From Here 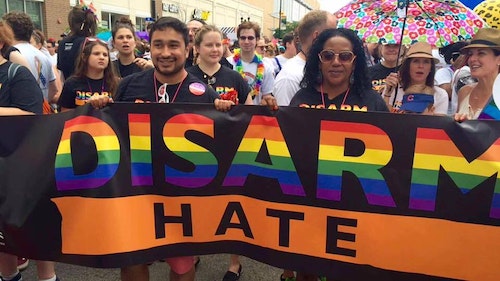 This week, an armed man, making anti-Semitic statements, entered the Congregation Beth Israel synagogue in Colleyville, Texas, while members celebrated Shabbat morning services. What followed was a ten-hour hostage crisis that thankfully ended when Rabbi Charlie Cytron-Walker threw a chair at the gunman, and the congregants were able to run to safety.

But this terrifying attack isn't the first act of violence based in antisemitism; and, as many experts warn, it might not be the last. To discuss what happened in Colleyville, how anti-Jewish prejudice has become mixed with gun violence, hate crimes, and how we can all push back against this violence, hosts Kelly and JJ are joined by Shira Goodman, Director of Campaigns and Outreach at the Anti-Defamation League.