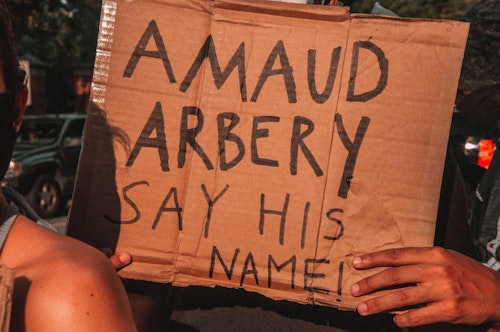 38 states in the US now have "Stand Your Ground Laws," statutes that allow anyone who believes their life to be in danger to use lethal force in an act of self-defense, removing the duty to retreat in a public space. For example, since 2005, in 57% of Florida Stand Your Ground cases there was “clear evidence that the person who claimed that Stand-Your Ground could have safely retreated to avoid the confrontation," but didn't.

Yet those who get to use that Stand Your Ground defense in the US judicial system is very different from who the law is used against, a lethal disparity that is built on our nation's history of racism, the country's weak gun laws, and the rhetoric of gun lobby groups.

To break down how these laws work — or rather, don't — hosts Kelly and JJ are joined by Kami Chavis, Vice Provost, Professor of Law, and Director of the Criminal Justice Program at Wake Forest Law.

Mentioned in this podcast:
The Dangerous Expansion of Stand-Your-Ground Laws and its Racial Implications (the Duke Center for Firearms Law)
Race, Justifiable Homicide, and Stand Your Ground Laws: Analysis of FBI Supplementary Homicide Report Data (US Department of Justice)
What you need to know about 'stand your ground' laws (CNN)
Stand your ground laws spread after Trayvon Martin spotlight (Los Angeles Times)
It Took 74 days for Suspects to be Charged in the Death of a Black Jogger (Washington Post)