148: The NRA and the Price of Freedom 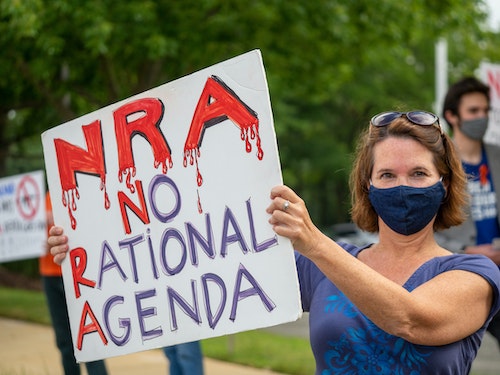 In the past 50 years, the National Rifle Association (NRA) evolved from being a nonpartisan hunting and sport shooting enthusiasts’ organization to a political and lobbying powerhouse. The NRA's work has had a huge impact on not just American gun culture, but on American policy and legislation related to gun violence prevention. To trace that evolution, and it's impact, hosts Kelly and JJ are joined by a beloved friend of the pod, gun violence prevention advocate (and father of Jesse and Jaime) Fred Guttenberg, as well as a new friend -- award-winning director and producer Judd Ehrlich of Flatbush Pictures. Together, we discuss Judd's newest film, the Price of Freedom, which explores the role the NRA and the gun lobby has had in America’s gun violence epidemic.

Listeners can tune into the film this Sunday (9/19) at 9pm ET/6pm PDT on CNN, followed by a roundtable with Fred and other folks in the film, anchored by CNN’s Chris Cuomo. You can find more information about how, and where to watch, here.