163: Responding to the Oxford High School Shooting with Prosecutors Against Gun Violence 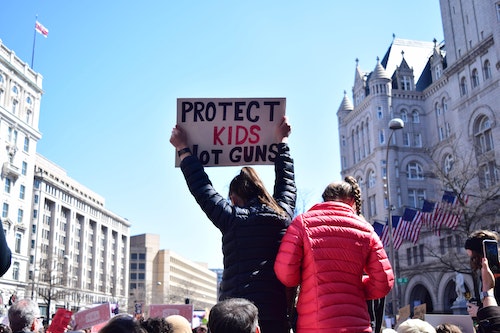 On November 30, 2021, four students at Oxford High School in Oxford Township, Michigan, were shot and killed by a classmate. Their names were Tate Myre, 16; Madisyn Baldwin, 17; Hana St Juliana, 14; and Justin Shilling, 17. 8 additional students, teachers, and staff members were injured. Horrifically, it was just one of the 676 mass shootings in 2021.

In the days that followed the Oxford shooting, the shooter's parents were also charged with involuntary manslaughter for failing to secure the handgun used in the shooting. To discuss what those charges mean, what responsibility parents and guardians take on when they bring a firearm into the home, and what we all can do to help make our homes and our communities safer, hosts Kelly and JJ are joined by: Kris Brown, President of Brady; Jonathan Lowy, Vice President of Legal and Chief Counsel at Brady; and Darcel Clark, the 13th District Attorney for Bronx County, New York, and co-chair of Prosecutors Against Gun Violence.