197: The Minds of Mass Shooters 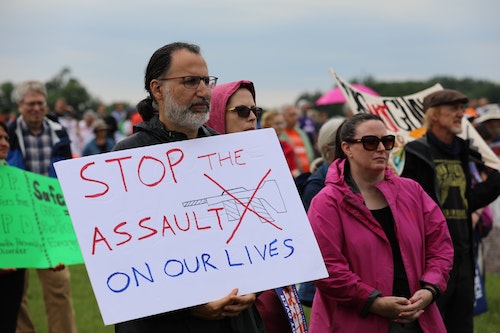 This summer has been one marked by mass shootings. Since Memorial Day of this year alone there have been 178 mass shootings, which have killed 165 people and injured 764 others. And as public fear increases, so too does misinformation and myth about mass murderers and mass shootings. To cut through the noise, and learn what may drive shooters, hosts Kelly and JJ are joined by Dr. P Shavaun Scott. Dr. Scott is a clinically licensed psychotherapist who has spent the last 30 years studying, and working with, victims and perpetrators of violent crime. Together they discuss Dr. Scott's most recent book, The Minds of Mass Killers: Understanding and Interrupting the Pathway to Violence, the pathways people follow to violence, and how we can all combat shootings before they happen.

Mentioned in this podcast:
Bullies and black trench coats: The Columbine shooting’s most dangerous myths (the Washington Post)
Cold Methodical Killers: The Psychology of Mass Shooters (Medium)
Who's Responsible For a Mass Shootings (Radio Health Network)
'No Notoriety': the campaign to focus on shooting victims, not killers (the Guardian)
Can we avert the next mass shooting? Yes, and here’s how (CU Boulder Today)