126: The Rise of the American Mass Shooter 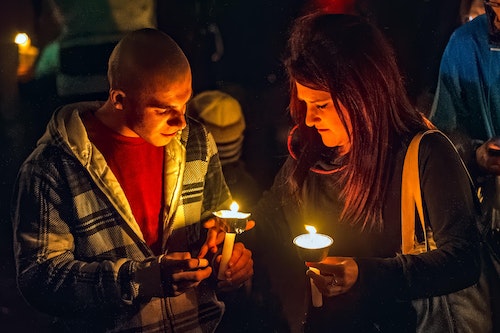 According to the Gun Violence Archive, there have been over 147 mass shootings in America this year.* These mass shootings account for only a tiny percentage of the United State's gun deaths, but nevertheless tend to dominate our news cycles. Two contradictory situations have developed overtime: while many have argued that Americans have become desensitized to the horror of mass shootings, many media scholars have also pointed out the US fascination with mass shooters themselves.

How have Americans become accustomed to these continued killings? What myths have been built up around these murderers, around firearms, and about ourselves? To attempt to answer those questions, veteran journalist Seamus McGraw joins hosts Kelly and JJ to discuss his newest book, From a Taller Tower: The Rise of the American Mass Shooter. In his book, Seamus details how mass shooters have developed from the 1966 University of Texas massacre to the 2017 Mandalay Bay massacre in Las Vegas--and how our rhetoric to "explain" them has developed along with them.

*the Gun Violence Archive defines a mass shooting as when four or more people have been shot or killed, not including the shooter.