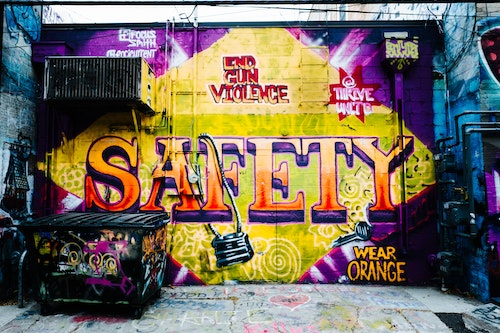 Black and brown communities impacted by gun violence have been fighting for their own gun violence interventions for decades, with thousands of unknown advocates dedicating themselves to community-focused solutions. These community activists often work tirelessly to end gun violence, despite outsiders often misunderstanding both gun violence at a local level and the communities efforts to end the epidemic. To find out how community activism often works, how to get better involved, and how to better frame conversations about gun violence, more broadly, hosts Kelly and JJ are joined by the great Kayla Hicks. Ms. Hicks is the founder, President, and CEO of the Sustain Equity Group, whose aim is to support the development and advancement of Black women as leaders in violence prevention. Together, they discuss how to better empower individuals and communities, how to take on systemic inequality, and how to have better conversations about firearms and gun violence.

Mentioned in this podcast:
Why Women Will End Gun Violence (Aspire for Equality)
How Gun Owners Can be Involved in the Fight Against Gun Violence(Brady)
Wear Orange (Hadiya's Promise)
Valuing Black Women Working on The Frontlines and Violence Prevention (Sustain Equity Group)
'The Media Have Neglected Us': Black Parkland Survivors Speak Out (Vice)