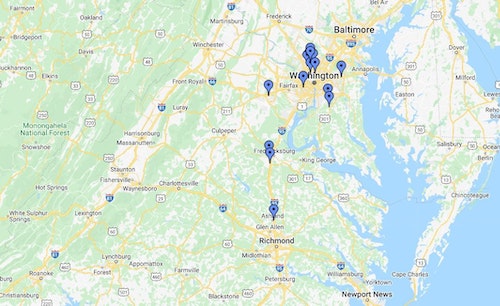 In 2002, two shooters killed 17 people and injured 9 during a nine-month rampage across the country. Ten of those killings, and three woundings, occurred over just three weeks in areas around Washington, DC, which is why these horrific events have since been called the Beltway Sniper or DC Sniper attacks.

After the shooters were caught, law enforcement discovered that the perpetrators had obtained their gun, a Bushmaster XM-15 E2S .223 caliber semi-automatic assault rifle, from a gun store that had no record of selling the weapon. The store was found to have run itself in a grossly negligent manner; in the three years before the attacks, the Bureau of Alcohol, Tobacco, Firearms and Explosives had found that over 200 firearms had vanished from the merchant's inventory. Brady, in cooperation with outside counsel, survivors, and victims' families, then brought a lawsuit against the dealer and Bushmaster, the manufacturer of the rifle used.

In this episode, host JJ is joined by Jonathan Lowy, Senior Counsel and VP of Brady Legal, to discuss that lawsuit — Johnson v. Bullseye — which alleged that the store was responsible for the attacks due to its grossly negligent sales practices having allowed the shooters to acquire the weapon used. The suit also ventured that Bushmaster should be held accountable for continuing to supply the store despite years of ATF audits documenting myriad egregious violations. Lastly, the suit claimed that the defendants created a public nuisance by distributing and selling guns in such a grossly negligent manner.