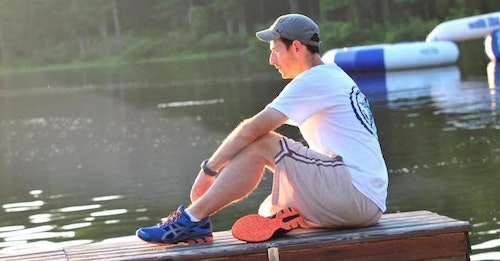 Though only 35, Scott Beigel left a lasting legacy with the thousands of children he directly impacted as a beloved teacher, cross country coach, and camp counselor, one who perpetually "made school fun." Yet, in very "Scott fashion,"he had made it clear before his death that he never wanted to be thought of as a hero.Nevertheless, Scott was already a humble hero to many when he was murdered in February 14, 2018 during the Marjory Stoneman Douglas High School shooting in Parkland, Florida. Scott had broken protocol and was ushering students in the hall to safety,ultimately getting over 20 students into his room.

To celebrate Scott's life, his family and friends have since worked tirelessly to honor one of the things Scott loved most-- camp! -- and to prevent gun violence with work like the Scott J. Beigel Unfinished Receiver Act. To speak on Scott's amazing life, and all of the efforts in his memory done by the Scott Beigel Memorial Fund, hosts Kelly and JJ are joined by Scott's mom, the amazing Linda Beigel Schulman.