164: How To Turn Outrage Over Gun Violence Into Action 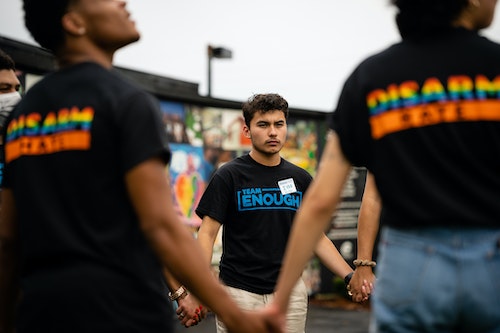 Senator Chris Murphy and Team Enough Executive Council member Simone Paradis have very different lives: To start with, she's a college student, and he's a member of one of the most powerful bodies in the United States. What they have in common, though, is that both were drafted into the gun violence prevention movement on December 14, 2012, when an armed gunman killed 26 students and staff members at Sandy Hook Elementary School.

Today, Chris and Simone use their platforms and activism to raise awareness of -- and help prevent -- these tragedies, which have long plagued communities of all types and sizes in every corner of the country. Together, they join hosts Kelly and JJ to discuss their activism, how to fight the filibuster, and how gun violence prevention is too important to give up on.