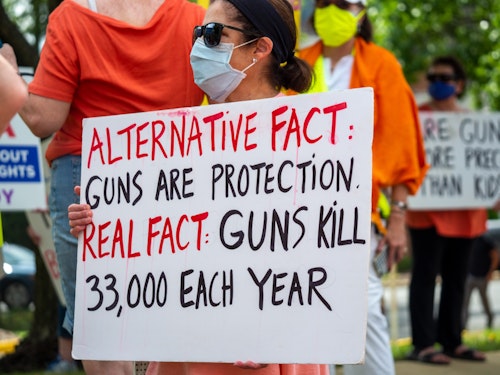 Today, Richard Aborn is president of the Citizens Crime Commission of New York City, a non-partisan non-profit organization, but in the 90s he was at the helm of the organization that would one day become known as Brady: Handgun Control Inc. His presidency saw vital changes in gun violence prevention — during his time from 1992 to 1996, the Brady Bill, the assault weapons ban, and the large-capacity ammunition magazine ban all passed. In this episode, Richard joins hosts Kelly and JJ to share the critical lessons learned in passing that legislation, what it was like to see the assault weapons ban sunset in 1994, and why reinstating the ban (and getting new legislation passed) is so imperative.

Mentioned in this podcast:
Battle Over the Brady Bill and the Future of Gun Control Advocacy (DOJ)
It’s been 20 years since the Brady bill passed. Here are 11 ways gun politics have changed. (Washington Post)
When the gun lobby lost and America won: 25 years later, the Brady Bill is a case study in courage and common sense (Clinton Foundation)