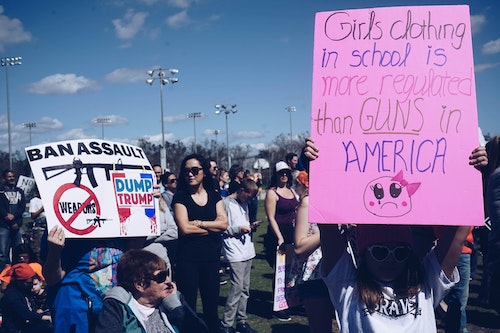 On the 4th, U.S. District Judge Roger Benitez of the Southern District of California overturned California’s over 30 year ban on assault weapons, saying the state’s law was unconstitutional and that prohibiting such firearms for decades was “a failed experiment.” This decision was a huge blow to gun violence prevention advocates, who were shocked when in his ruling Judge Benitez opened by calling AR-15s not dissimilar to swiss army knives. Judge Benitez also claimed that the AR-15 firearm is "a perfect combination of home defense weapon and homeland defense equipment. Good for both home and battle."

To explain what this decision means, what happens next, and yes, how an AR-15 is not like a swiss army knife, hosts Kelly and JJ are joined by Brady President Kris Brown, advocate and father Fred Guttenberg , and veteran activist Timothy "TJ" Ryan.