210: “Let's Throw All the Guns in a Trash Bag”: the Legacy of Akilah DaSilva 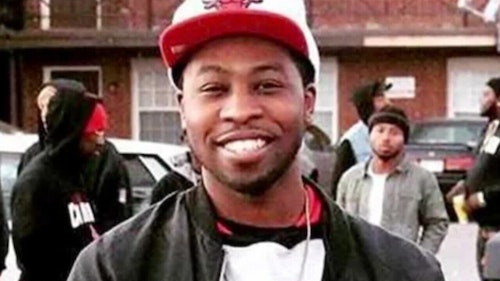 Image of Akilah DaSilva, provided by his mother Shaundelle Brooks

Akilah DaSilva was only 23 when he was shot and killed during the April 22, 2018 Waffle House shooting in Nashville, Tennessee. Akilah was at the Waffle House with his girlfriend Tia Waggoner and brother, Abede DaSilva. In the aftermath of the shooting, Akilah's family learned that the AR-15 used to kill him and three others had been unlawfully given to the shooter.

Akilah's family has since fought for gun violence prevention, as well as for his legacy as a brilliant musician, engineer, and friend, with their organization the Akilah DaSilva Foundation. Hosts Kelly and JJ were joined by Akilah's brother Abede and his mother Shaundelle Brooks, both now survivors and advocates, to discuss the reality of life "after" a mass shooting, gun violence in Tennessee, and how to do what Akilah had once written — to "forget about making a hashtag, Let's throw all the guns in a trash bag."

You can listen to Akilah's music, under the name NatrixDream, here.