159: When Your Grief After a Shooting Is Public 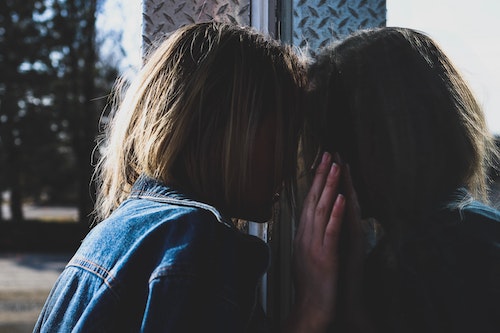 Grief is complex, and personal -- but sadly for many who have lost loved ones to gun violence, their loss is made public. How do you deal with grief when your loss is national news? When the reason you are in mourning is trending on twitter? Hosts Kelly and JJ are joined by survivors Andy Parker and Simone Paradis to discuss their own experiences with grief, how to deal with your grief when your loss is all over social media, and how to manage your pain when you're continuously re-traumatized with legal battles and conspiracy theorists.

Andy Parker is the father of Emmy Award-winning reporter Alison Parker, who was only 24 years old when she and her colleague, photojournalist Adam Ward, were murdered on live television in 2015. The video of that shooting remains online and is often monetized, despite Andy's continued fight to have it removed. Simone Paradis is from Newtown, CT. Her 3rd grade sister survived the Sandy Hook Elementary School shooting that left 20 students and 6 staff members dead. In the years following the shooting, conspiracy theorists like Alex Jones claimed that the Sandy Hook massacre was faked and in part was "orchestrated by the U.S. government as part of an elaborate plot to promote stricter gun control laws."

Mentioned in this podcast:
Now the world knows about Gray Television (Change.org)
Facebook and Google profit from video of my daughter being murdered (USA Today)
For Alison: The Murder of a Young Journalist and a Father's Fight for Gun Safety (Amazon)
In a win for victims and facts, Alex Jones is being held accountable for misinformation (USA Today)
This Sandy Hook Father Lives In Hiding Because of Conspiracy Theories Fueled By Alex Jones (Frontline)
Complicated Grief: Why We Mourn People We've Never Met (Talkspace)