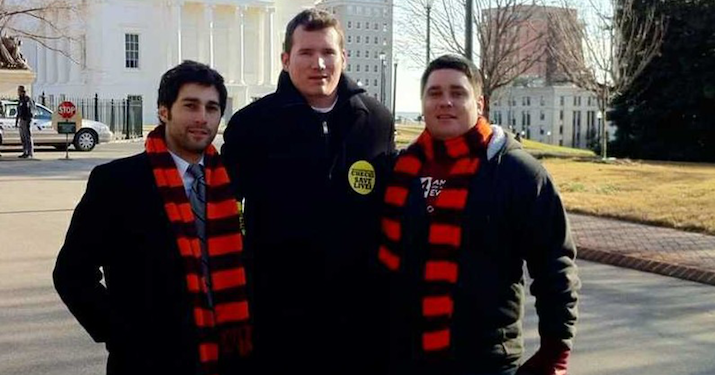 Omar Samaha, Colin Goddard, and Christian Heyne at the Annual MLK Day Vigil and Day of Advocacy in 2011.

On April 16, 2007, a gunman shot and killed 32 people in the deadliest mass shooting in U.S. history at Virginia Tech. Colin Goddard and Reema Samaha were in French class that day. Colin was shot four times. Reema was killed. The tragedy launched Colin into activism, as well as Reema's brother, Omar Samaha. Along the way, they made friends with Brady's Christian Heyne, also a gun violence survivor. Together, they took on a project to make undercover videos investigating the gun show loophole.

Cash for Guns Colin Goddard, who was shot four times at Virginia Tech on April 16, 2007, talks about his experience going to gun shows in his home state of Virginia.