On December 12, 2011, Indianapolis Metro Police Officer Dwayne “Dewey” Runnels was shot after pulling over a red Chevrolet Impala linked to a shooting and robbery earlier that day. When Officer Runnels pulled up behind the car in an apartment complex parking lot, 23-year-old Demetrius Martin emerged and opened fire with a .40 caliber Smith & Wesson handgun, striking Officer Runnels in the leg.

Martin was killed by return fire from Officer Runnels, who made a full recovery in the aftermath of the shooting. According to the ATF, Martin obtained his gun through a straw purchase at KS&E Sports carried out by his acquaintance Tarus Blackburn, Jr. In turn, Brady Legal and the Brady Legal Alliance filed a lawsuit against KS&E Sports on behalf of Officer Runnels. 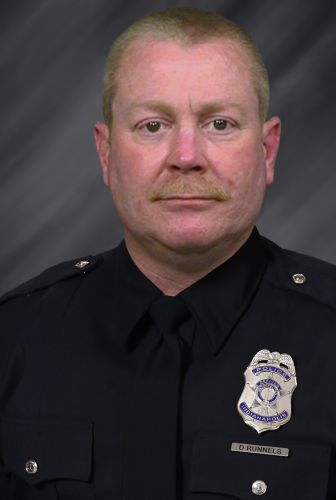 The defendants moved to dismiss the case because of an Indiana law which defendants argued gave them immunity from liability for any cases in which a gun they sold was used in a criminal shooting. The trial judge denied the defendants’ motion, and the defendants immediately appealed the ruling. Brady Legal attorneys briefed and argued the appeal before the Indiana Court of Appeals, which issued a ruling in Officer Runnels’ favor. The defendants then appealed to the Supreme Court of Indiana.

However, following the appeal, by a 3-2 vote, the Indiana Supreme Court held that the Indiana law bars gun violence victims from recovering monetary damages against gun dealers when guns are used in crime — even if the gun dealer violates gun laws. That decision makes Indiana’s law the most sweeping gun industry protection law in the nation. Following this decision, Brady Legal and co-counsel Arnold & Porter LLP and Nick Baker, Esq. settled the lawsuit on behalf of police officer Dwayne Runnels against KS&E Sports.

“Even though Indiana’s draconian gun industry protection law deprived Officer Runnels of the civil justice rights that every other American enjoys, his case reaffirms the vital role of gun dealers like KS&E Sports in stopping gun trafficking and straw purchasing, like the sale that led to Officer Runnels’ injury.”

Officer Runnels, who passed away in 2017, and his wife, Carolyn, were represented by Jonathan Lowy, Erin Davis, and Tanya Schardt of Brady, Michael Schissel, Arthur Luk, Brian Williams, Henry Morris, and Daniel Meyers of Arnold and Porter, and Nick Davis, Esq. Roger Pardicek and Karen Davis previously assisted on the case.