“My thought is if you are going to buy guns, you should be required to take hours of training.”

Tom, a Brady supporter, explains further, “When I was in the Navy reserves, I had to train regularly on how to use firearms. I’ve got no problem with people owning guns, but extensive safety training should be required. I have a friend who has a concealed weapons permit...he’s a financial planner... for god’s sake, why?”

Tom feels the NRA has been very successful in influencing members of Congress and the current President to believe it is ‘good and right’ to carry guns to a rally or an event. As Tom explains his frustration, “Many of those who carry guns to protests have no training. And even if they do, training doesn’t make them smart.” He questions the sanity of people attending emotionally-charged events carrying loaded weapons. The idea that a civilian will decide they are going to “take care of the situation and shoot someone” is ridiculous, according to Tom. He adds, “To take a gun to a rally of any sort is intimidation, pure and simple.”

Tom, 75 years young, started supporting Brady in 2015. In his words, “Just because you have a right to own guns or weapons, doesn’t mean you have to do so.” He added, “I have a right to jump out of an airplane too, but I’m not going to do it.”

Like many Brady supporters, Tom hopes Brady's work to end gun violence will be successful and common-sense gun laws will be passed. He realizes the gun violence prevention movement is an uphill battle but an important and critical battle. It frustrates him that the lawmakers who accepted donations from the NRA feel obliged to follow the NRA agenda.

Tom offers an interesting perspective in terms of school safety. As a young boy growing up in Washington State, he recalls having atomic bomb safety drills. During these drills, all the kids would be required to get under desks with their backs to the windows. Sadly, children these days see a real threat that has happened in schools all over the country. As Tom puts it, “I just cannot track on the mentality of someone going into a school to shoot children or even the guy in Las Vegas shooting a bunch of people just because.” He adds, “Nobody hunts with an AR-15 unless you’re hunting people because that’s what it was designed for.”

He said the concept from the other side is that they need guns to protect the country, which was true over 200 years ago when there was an armed militia sanctioned by the state. However, that is not the case today. Among his hobbies, Tom is a numismatist; he collects coins and paper money from all over the world! 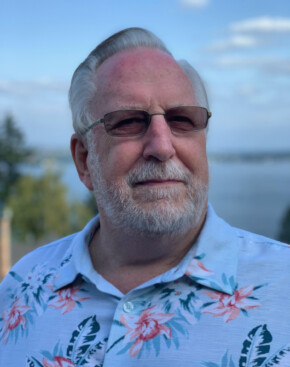