“For me, Brady has always been the leading gun reform organization with the most practical initiatives. There is no other organization committed to confronting the gun industry in court, and it this undertaking which commands my support.”

Tom Green first became interested in the gun violence prevention movement after serving in Vietnam where he “saw enough guns for the rest of my life.”

When he returned to the U.S., Tom moved to Washington to begin his legal career as a federal prosecutor. Over the years, he prosecuted countless cases that involved senseless gun violence and death due in large part to the widespread ease of access to firearms. As Tom explains it, “It was disconcerting to dwell on the fact that our country was, and still is, overflowing with guns. And it is disconcerting through those years that a large percentage of our citizens, and particularly our national legislators, were apparently inured to the everyday reports of gun violence.”

He added, “At some point, I met Jon Lowy, Vice President of Legal Affairs for Brady United, who was kind with his time and allowed me to assist with some of his cases.”

Thomas Green is a nationally recognized and highly regarded trial lawyer with Sidley in Washington, D.C. For many years Tom managed Sidley’s federal and state investigation and white-collar defense practice group. As one of the best litigators in the United States, Tom has represented clients in the Watergate case, “Whitewater”, Iran-Contra investigation, and countless others. Additionally, Tom has represented numerous foreign and domestic corporations in connection with agency investigations and high-profile federal and state grand jury investigations.

When Tom reflects on what gives him hope about the gun violence prevention movement, he talks about a tipping point being realized — one in which the level of gun violence and tragedies such as school shootings result in a political groundswell that would overwhelm legislators doing the bidding of the NRA. As Tom states, “Money talks in this country, and the NRA has had a lot of it to devote to candidates willing to accept it and oppose reforms. Every day and every night, the news is filled with reports of incomprehensible gun violence and innocent deaths. It is hard not to despair.”

Like many of us who are fighting the ‘good’ fight, Tom remains frustrated with the failure of the Supreme Court to open their eyes to this profound and repetitive tragedy of gun violence in America. “The Heller decision* has made this country a more dangerous place to live. Heller’s acknowledgment that not all gun regulation is impermissible must now be married to a much more sensible view of the right to possess a weapon,” added Tom.

As a former Assistant U.S. Attorney for the District of Columbia and a distinguished career spanning 50 years, Tom realizes the importance of Brady’s work to hold irresponsible gun manufacturers and dealers responsible. Tom comments, “It is hard to believe that the gun lobby has had so much power over the years that they could effectively insulate gun manufacturers from all manner of claims arising out of the misuse and proliferation of guns in this country. Hopefully, the complexion of Congress will change sooner rather than later.”

When asked how he sees America's epidemic of gun violence impacting the country right now, Tom said, "With the sale of guns on the rise and pictures of armed men and women in the streets and in our public buildings, it is hard not to be discouraged. Unfortunately the continuing division in the country and an ongoing pandemic are not making things better. As a nation, we are in a difficult moment. I can only hope that the ship will be righted as my fellow citizens go to the polls in November to vote for candidates who are committed to promoting the interests of ‘We The People’ above all else.

*District of Columbia v. Heller (2008) was a landmark decision of the U.S. Supreme Court ruling that the Second Amendment protects an individual’s right to keep handguns in the home for self-defense. 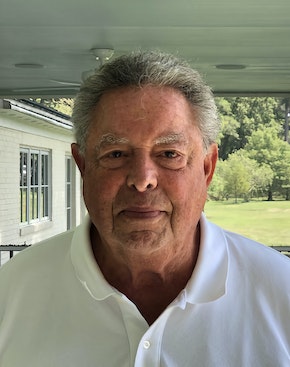