"I've always been drawn to a good David vs. Goliath fight."

Tim, a successful entrepreneur and philanthropist, joined Brady's Board of Directors in 2009, serving with distinction for ten years. He was drawn to Brady because, in his opinion, the "Goliath" NRA no longer represented legitimate gun owners' interests, and he was also outraged by their indifference to the suffering caused by gun violence. Tim felt strongly that the NRA had become a lobby for gun manufacturers and a national security threat in need of opposition.

Tim found Brady to be the perfect "David" — a small but mighty organization that had been fighting gun violence for decades. He appreciated Brady's national voice and how it spoke out for sensible gun ownership and common-sense gun laws. As a gun owner himself, Tim strongly believed that respecting constitutional freedoms did not require the acceptance of gun violence as a consequence.

While serving on the Brady Board, Tim spearheaded many important efforts, such as marketing our work to larger audiences and expanding Brady's partnerships with the corporate and public health sectors.

"Tim was passionate about Brady's message — take action, not sides — and helped us invest in key areas to grow partners who will help advocate for the changes we seek every day. He is a passionate advocate for our cause and made great contributions as a member of our Board."

While Tim has been fortunate to have lived a life free from gun violence, his work as a mentor for disadvantaged young men is a daily reminder of the devastation it wreaks on families and communities across the country. Even with this knowledge, however, Tim remains hopeful: "I've never been more optimistic about the gun violence prevention movement and about Brady's future. Like the climate crisis, gun violence used to be a low priority, but not so today. Thanks to the many years of keeping up the good fight, gun violence prevention is top of mind for today's voters, and real change is inevitable."

Tim adds, "I've also never met a more capable leader than Brady's President Kris Brown. So, it's clear that Brady will continue to be a leading force in the gun violence prevention movement." 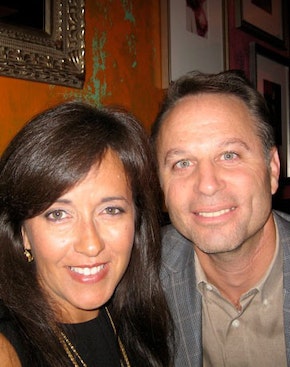