My grandfather started supporting Brady in 1981, right around the time of the assassination attempt on President Ronald Reagan. At first, my family renewed those grants to continue the tradition. My family met Jim Brady a few times at events and through mutual friends. We continued to renew the grants to Brady yearly after my grandfather passed away to honor his memory and his wishes.

However, as a mother, I became so concerned about my children being able to go to school and come back alive, this issue became personal to me. Making sure my kids are safe is the priority. I’m also married to a Marine veteran, who is a gun owner and a master firearms expert. He understands gun safety and responsibility. He stores all his guns with fingerprint technology. I appreciate the End Family Fire program, which spreads the message about how important it is that gun owners secure and take care of their guns to ensure the safety of all our children. For me, gun reform isn’t about taking guns away, it's about creating a safer society with responsible gun ownership. People view it as black and white, as if these things are mutually exclusive, but they are not.

It is heartening to support Brady’s End Family Fire program, which raises awareness about gun safety in a way that embraces the idea that gun reform and gun ownership can coexist. It is frustrating to speak with people who see this issue as black and white and who are determined to stymie progress towards creating a safer world for their children and grandchildren. When I am frustrated, though, I only have to look to the young people, who are working so hard to raise their voices. They understand the world is changing daily, and I know they will create a better society for all of us.

It is also necessary to address the problem of daily gun violence that plagues too many communities. Too many lives and families are torn apart by everyday gun violence. Along with issues of poverty and extreme inequity, we must address these issues systemically to reduce this heartbreaking violence.

While I don’t have much time for hobbies right now, given my commitments to work and family, I love taking care of my family and our dogs. We adopted a Dutch Shepherd puppy and we have a senior German Shepherd, too! 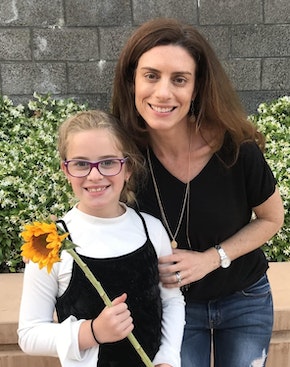