Melanie and Richard Lundquist are agents of change and two of Southern California’s most significant philanthropists. Their gifts have created the partnership for Los Angeles Schools, a sustainable turnaround model for underserved non-charter K-12 public schools, and they have helped innovate healthcare delivery and innovation, saving countless lives. In 2019, Melanie was named “Philanthropist of the Year” by the Los Angeles Business Journal.

They have pledged more than $325 million over the last decade to support various education, cultural initiatives, and health care efforts in Southern California, which they have called home their whole lives. Melanie and Richard leverage their philanthropic commitments to affect significant and measurable impact through driving systemic change, focusing on areas where their gifts can change systems as well as fortunes, not just make incremental progress. They choose not to follow the crowd; instead, they seek to kick off a virtuous cycle that attracts other donors.

Melanie guides their efforts as an “activist/philanthropist” who conducts extensive due diligence before involving herself in a non-profit, rolling up her sleeves to engage in all levels of the organization. Richard’s civic leadership and business acumen helps to make their vision for change a reality. And their philanthropy is creating the classrooms and laboratories of the future.

In March 2019, Melanie headlined a Bloomberg Live event: “Rebuilding Public Education: Learn, Lead, Innovate,” where she was joined by prominent education-focused philanthropists Michael Milken and Barbara Dalio, as well as Partnership CEO Joan Sullivan. While in New York for that symposium, Melanie appeared on Bloomberg TV’s “What’d You Miss?” and Bloomberg Radio, as well as met with the Wall Street Journal.

Melanie is a sought-out voice on public education and philanthropic issues. She has been quoted in multiple national and international outlets, including the New York Times. In June 2018, the Chronicle of Philanthropy featured the Lundquists in a two-page profile story titled “A Lifetime Commitment: LA couple, who have signed the Giving Pledge, donate to groups that need them the most.”

The Lundquists are signatories of the Giving Pledge, the movement were some of the U.S.’s wealthiest individuals and couples commit to give more than half their wealth away. As individuals born during a time of incredible prosperity, Melanie and Richard feel an obligation to share the fruits of their good fortune with the next generations.

Melanie and Richard have appeared four times on The Philanthropy 50, the annual list of America’s 50 most generous philanthropists published by the Chronicle of Philanthropy.

Melanie holds undergraduate and graduate degrees from the University of Southern California in communicative disorders/speech pathology and audiology, as well as a credential as a specialist in special education. 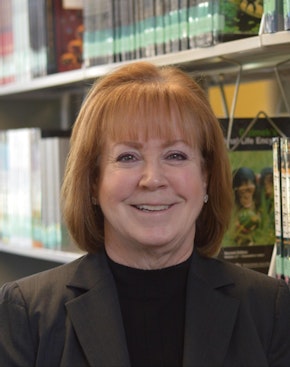