Juano Queen, attorney and media executive, has the distinct honor of having served on two different Brady Regional Leadership Councils, first in New York and now in Los Angeles.

As a teenager, Juano was profoundly shaken by the senselessness of the shooting at Columbine High School. It was then that he realized that he had a personal stake in reducing America’s gun violence problem. As a Black American, he knew that gun violence affects Black men at a disproportionately high rate and that this type of gun violence, despite its prevalence, does not garner the right amount or the right kind of attention in the media or in our society.

In 2018, after the shooting at Marjory Stoneman Douglas High School, Juano knew that the time had come to become an active participant in the gun violence prevention movement. He reached out to Brady and soon became one of the founding members of the New York Regional Leadership Council. He had always admired Brady’s legacy and its mission of reducing America’s gun violence epidemic through collaborative non-partisan efforts. He believes that despite the politicization of gun ownership over the past few decades, gun violence is not a political issue, it is a public health issue. In this era of partisanship, he wholeheartedly supports Brady’s approach to generating lasting positive change in the gun violence prevention movement by attempting to bring people from across the political divide together, rather than by trying to simply outspend or outmaneuver the so-called gun rights activists.

He knows this work comes with great challenges, namely the bad faith tactics employed by the gun industry. It is encouraging for him to see the New York State Attorney General’s office attempting to hold the NRA accountable for using fear-mongering and brute-force partisan politics to prevent the enactment of reasonable gun laws to prevent excess gun deaths.

In addition, he is frustrated by the “Us vs. Them” mentality within the broader community of groups who are seeking to tackle America’s gun violence epidemic. He thinks our respective groups should emphasize our shared interests and find more ways to work together as allies to achieve our common goals.

But it is the success of the youth-led groups like March For Our Lives, Team ENOUGH, and other social justice movements that strengthen his commitment to creating positive change. He envisions these groups as being just the beginning of a sea change in our society. He sees their collective efforts, including Brady’s, flowing into electoral success this year, which will provide the basis for legislative reforms aimed ultimately at curing America’s gun violence epidemic.

Juano reminds us that it is always darkest before the dawn, and to quote the civil rights movement hero and his former Representative in Atlanta, the dearly departed John Lewis “… walk with the wind, brothers and sisters, and let the spirit of peace and the power of everlasting love be your guide.”

Juano's tireless work last fall on the premiere of Voices of Parkland was instrumental to its phenomenal success. He truly has become an active participant in the gun violence prevention movement and an invaluable partner with Brady. 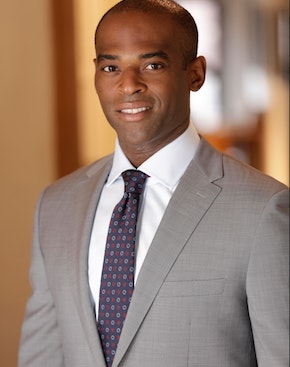