"Years ago, I used to say, in near despair, that the United States will not do anything about weapons regulation until a kindergarten class is slaughtered. That’s how low my faith in our political leaders had sunk. Then Newtown happened. It has been harder and harder to love America since that day, with a Congress completely failing to act to protect our precious little kids."

Jim Reichardt first got involved with Brady 37 years ago when it was still called Handgun Control, Inc. As a successful lawyer in Chicago, early on, Jim recognized the devastating effect of gun violence and wanted to be part of the solution. He has been a faithful contributor to Brady ever since.

While raised in the Chicago area, Jim attended the George Washington University in Washington, D.C., and earned his Juris Doctor degree from Chicago-Kent College of Law in 1977. As a civil practitioner, he established a successful law practice in Villa Park, Illinois. His impressive work as a lawyer, earned him a seat on the Board of the Illinois Bar Foundation. The Illinois Supreme Court appointed him as a director of the Lawyers Trust Fund from 2010-2016 where he served as treasurer and later vice president.

Jim remains hopeful about the gun violence prevention movement because so many young people have joined the cause. As he tells it, "Shortly after the Parkland, Florida, massacre there was a large rally in Chicago's Union Park that my wife and I attended. We were heartened by the observation that the people on stage and at the microphones were almost all high school students. In America, school children are now demanding to be kept safe. It grieves my soul that it has come to that — that the 'mature' generations of parents and political leaders have utterly failed to keep children safe in their schools."

As a noted leader in Chicago’s legal field, Jim believes there remains hope to right some wrongs through the legal system. He recognizes that judges and legal precedents give more power to logic and sound public policy than politicians looking to pander to certain constituencies and seeking campaign money. Jim stated, "Congress with President Bush II, worked to rig the system by granting immunity — immunity! — to weapons manufacturers. Who else gets immunity?

We have 'Good Samaritan' laws that immunize medical professionals who help out in emergencies. There is sovereign immunity to protect public bodies from lawsuits. Witnesses are given immunity for the purpose of prosecuting wrongdoers. The whole idea of granting immunity to a person, entity, or particular behavior, has traditionally been based on protecting services to society in general. The makers of the instruments of our destruction should be severely regulated and controlled, not treated as a precious resource."

Jim feels strongly that rather than granting weapon manufacturers immunity, they should be charged with strict liability for the harm caused by their products. "Their responsibility should not end at the cash register. It should follow their product to its ultimate use like any other manufactured of potentially dangerous products, like ladders, toys, and automobiles."

As Jim states, "Gun violence is no longer just an epidemic in America. It is a chronic condition. We as a nation have become numb to its effects. Over the years the country has become so saturated with high powered weapons in private ownership, I don’t see a way of taking them away. The damage is irreversible."

Jim who has 'semi-retired' now lives on Lake Michigan in Chicago with his wife, enjoying time with his children and baby granddaughter. 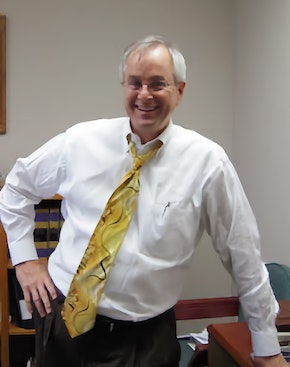